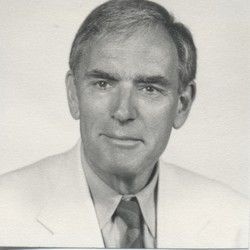 Adam Marian Dziewonski was born in Lwow (then Poland) on November 15, 1936. The family moved to Wroclaw (Poland) during WW-II, and he was educated at the University of Warsaw. He obtained a PhD from the Akademia Gorniczo Hutnicza in Krakow (Poland) and came to the US on a post-doctoral fellowship in 1965. He married Sybil MacDonald in 1967 and has lived in the States ever since. They had no children. He joined Harvard University in 1972, and has been a professor of Seismology there for the rest of his life. A giant in his field, he has been recognized by many international medals and awards.

He is survived by his brother Stanislaw (Jacek) Dziewonski, his sister in-law Ewa Dziewonska, two nephews, Marcin and Jakub Dziewonski, and 5 grand-nephews.
A Mass of Christian Burial will be held at St. Theresa"Church, Still River Road, Harvard. MA on Saturday April 16,2016 at 11 am.