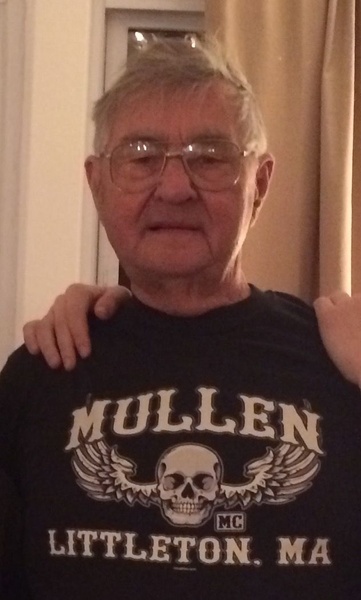 Albert "Leigh" Mullen, 85 and a longtime Littleton resident passed away peacefully at Emerson Hospital on November 9, 2020. He was the beloved husband of the late Phyllis (Mahoney) Mullen who passed in 1994.

Leigh was born in Boston on May 3, 1935, a son to the late Murray and Pearl (Cossaboom) Mullen. He was raised in the Boston area and graduated from Roxbury Memorial High School. He spent over 10 years in the Marine Corps Reserves. In 1959 he married Phyllis, the love of his life and the young couple eventually settled in Littleton where they raised their family. A truck driver by trade, Leigh worked 6 days a week to support his family.

Leigh was a motorcycle enthusiast and wore Harley Davidson t-shirts nearly every day of his life. He was also an accomplished dart player, an avid New York Yankees fan and loved candlepin bowling.

In lieu of flowers, memorial contributions may be made to Littleton Scholarship Trust:
P.O. Box 693
Littleton, MA 01460-2693