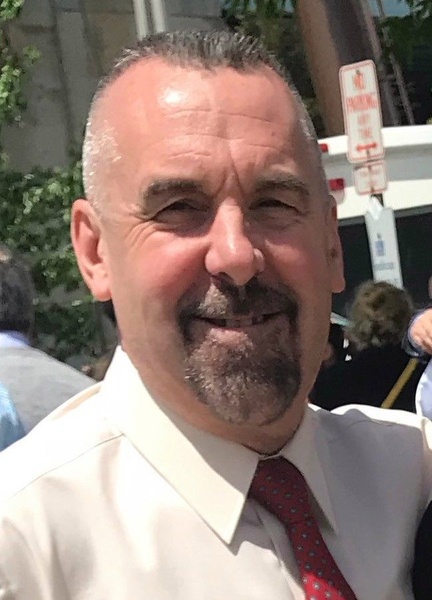 Allen Mark Doran, 58 and a longtime Groton resident passed away suddenly on Saturday morning April 25, 2020. He was the beloved husband of Sheryl (Dube) Doran.

Al loved to play hockey & golf with his friends and family. He was an avid sports fan, who's favorite teams were the Boston Bruins and New England Patriots.
He was a Groton Junior Hockey Coach for 20 years coaching several teams throughout his tenure as a coach. Al was well known in the community because of his time coaching youth hockey. Years after retiring from coaching youth hockey, the kids Al coached would still recognize him in town and go out of their way to say hello. Because of his dedication to coaching youth players, he helped several of the kids he coached reached high levels in hockey. As well as leading several different teams to championship's in high level hockey tournaments, as well as local hockey tournaments like the GJHA Christmas tournament.

Al leaves behind his wife Sheryl, son Michael, daughter Kelsey, mother Carol and his four-legged best friend Levi. Above all, Al was a loving husband, father, and son who will be greatly missed.

Due to the current social distancing guidelines, services for Al will be private and for immediate family only. A public celebration of Al's life will be announced when we can gather to honor and remember Al without boundaries.

In lieu of flowers, memorial contributions may be made in Al's name to:
MSPCA-Angell
Attn: Donations
350 South Huntington Ave
Boston, MA 02130