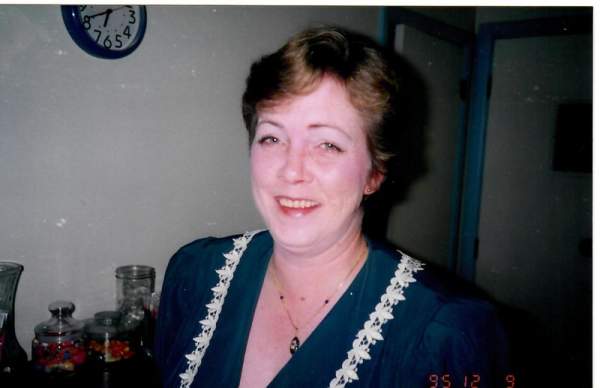 Alma Ruth (Kirby) Rice age 59 of Littleton passed away peacefully on Wednesday, June 7, 2017 at her residence surrounded by her loving family. She was the wife of James E. Rice.

Born in Oklahoma City, Oklahoma Ruth was the daughter of the late Otis Kane Kirby and Betty Louise (Edwards) Sandy. Ruth was raised and educated in Oklahoma, she later moved to Roswell, New Mexico where she met Jim and they were married in Socorro, New Mexico on May 19, 1984. While in Roswell, New Mexico, Ruth worked as a police officer and earned her certification as a state police dispatcher. In 1994, they moved and settled in Littleton where she embraced the local community.

While in Littleton Ruth ran the transfer station for many years. She managed the music lesson program for The Minor Chord, and worked for the Littleton Cemetery Department. In 2009 she graduated from the New Hampshire Institute for Therapeutic Arts, earned her certification as a Licensed Massage Therapist and began her career as a massage therapist at Deans Family Chiropractic in Littleton. Ruth found her true calling in the power of touch and healing through massage and was passionate about her clients and learning new methods to help them.

Family was the center of her life, Ruth cherished spending time with her husband and children, her sense of humor and zest for life were admired by all who knew her. She also enjoyed making jewelry, finding interesting new gadgets; becoming involved in the hobbies and interests of her family, and listening to classic country music.

Along with her husband she is survived by her children, Aaron D. Rice of Charlton, Samantha K. Cahill of Pittsfield and James K. "Jake" Rice of Littleton. She was also the sister of the late Bobby Kirby of Roswell, New Mexico.

Family and friends will gather to honor and remember Ruth on Saturday, June 17, 2017 from 4:00-5:30 pm in the Badger Funeral Home, 347 King St., Littleton. Her funeral service will follow at 5:30 pm. Burial in Westlawn Cemetery, Littleton will be private.

Donations in her memory may be made to:
Loaves and Fishes Food Pantry
234 Barnum Road
Devens, MA 01434