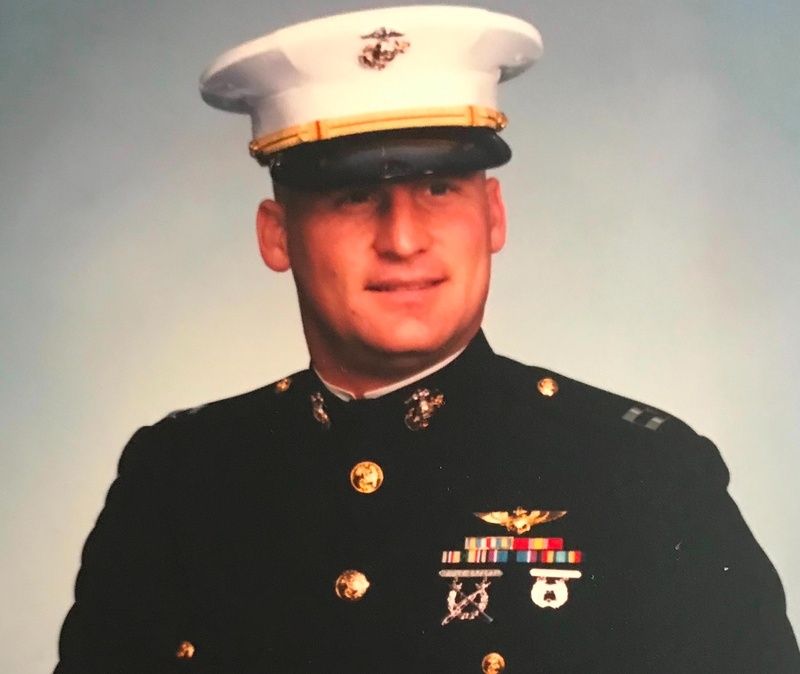 Andrew Henry Ursch passed away on September 21, 2021 at the age of 61. He is survived by his four daughters: Victoria Ursch of Mahomet, IL, Brittany Ursch of Douglas, MA, Nicole Ursch of St. Louis, MO, and Olivia Ursch of Dunedin, FL.

He is predeceased by his parents Ralph and Isabel Ursch, and his son Michael Paul Ursch.

Andrew was born May 17, 1960 in Concord, Massachusetts, and spent his childhood in Littleton, Massachusetts. Andrew attended Bridgewater State College, Class of 1983, and earned degrees in Chemistry and Geology. While at Bridgewater State, Andrew participated in rugby, track & field, student government, and met his former spouse and mother of his children, Kathleen.

After college, Andrew honored a family tradition and joined the military. Andrew and his family were stationed in Quantico, VA and Pensacola, FL during his Marine Corp Basic Training, Officer Candidate School and NAS Pensacola Flight school. He specialized as a helicopter pilot, achieving the rank of Captain and served as the Executive Officer of New River Air Station in Jacksonville, NC.

While stationed at New River, Andrew was responsible for flying a C-12 Huron to transport military generals and high priority cargo and personnel. He was deployed to Kuwait during Operation Desert Storm to fly a CH-46 Sea Knight that dropped relief packages to refugees. After his commission, Andrew and family settled in Douglas, MA, and continued his love of flying in the National Guard Reserves and with Cape Cod Air, flying their commuter planes from Hyannis to the islands.

Andrew had a lifelong love of learning and continued his education by earning certificates from Worcester Polytechnic Institute and Wachusett Community College in Biomanufacturing and Biotechnology respectively. He volunteered with United Way and was actively involved with the VA centers in Massachusetts.

Throughout his life, Andrew enjoyed spending summers on Cape Cod and Goose Rocks Beach in Maine, doing carpentry and construction, as well as landscaping projects with his father and brothers. In recent years he took up yoga and meditation. Andrew is remembered for his service to his country, passion for education, and love of family.

In lieu of flowers, memorial contributions in Andrew's name can be made to:
Brockton VA Medical Center
940 Belmont Street
Brockton, MA 02301

Arrangements under the care of Badger Funeral Home, Littleton. To share a memory or offer a condolence visit: www.badgerfuneral.com