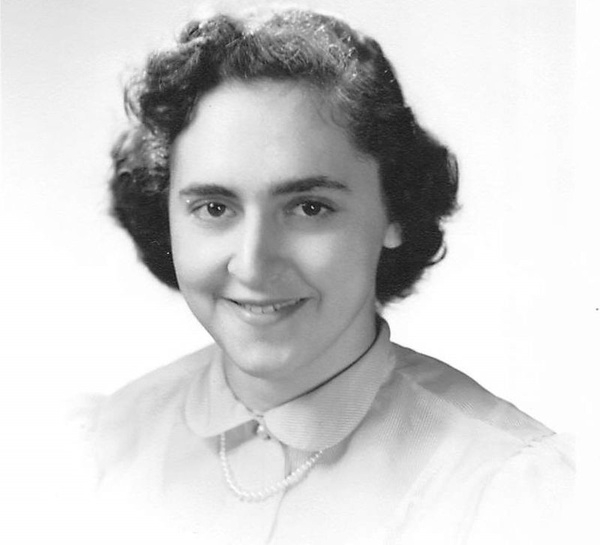 Angelina M. (Lombardo) Oldenquist, 84 and longtime Littleton resident passed away peacefully on Monday morning, December 3, 2018 at the Lifecare Center of the Nashoba Valley with her family by her side. She was the loving wife to the late William H. Oldenquist who passed away in 1993.

Angelina was born and raised in Concord, MA, a daughter to the late Dominic and Adelina (Dentino) Lombardo. She married Bill, the love of her life on April 21, 1957 and the couple moved to Littleton where Bill was a Littleton Police Officer. While raising their family, Angelina held several positions including working as an inspector at Digital in Maynard, as well as GenRad in Concord. In addition, Angelina was appointed as a probation officer for the Ayer District Court and was also a longtime member of the Littleton American Legion Post 249. In her spare time, she enjoyed crocheting, knitting and puzzles. Above all, family was paramount in Angelina's life; especially her grandchildren. Spending time with her family and making memories with them was the most meaningful and fulfilling aspect of her life.

She is survived by her loving children; Edward Oldenquist and his wife Donna of Fitchburg and William Oldenquist, Jr. of Plymouth. Her grandchildren; Andrew, Joshua, John, William III, Amy, Daniel, Robert Jr. and Nicholas as well as 9 great grandchildren. She is further survived by her siblings; Mary Lombardo of Hudson, Joseph Lombardo of Townsend and John Lombardo of Fitchburg. She is sadly predeceased by her son, Daniel R. Oldenquist, her granddaughter Christa, as well her brothers; Phil, Angelo and Charles Lombardo.

Family and friends can gather to honor and remember Angelina for a Celebration of Life that will be held on Saturday January 12, 2019 from 1:00 PM until 5:00 PM at the Littleton VFW, 21 Taylor Street, Littleton. Interment will be held privately at a later date in Westlawn Cemetery.

In lieu of flowers, the family kindly requests that memorial contributions in Angelina's name be made to the Littleton Police Department.