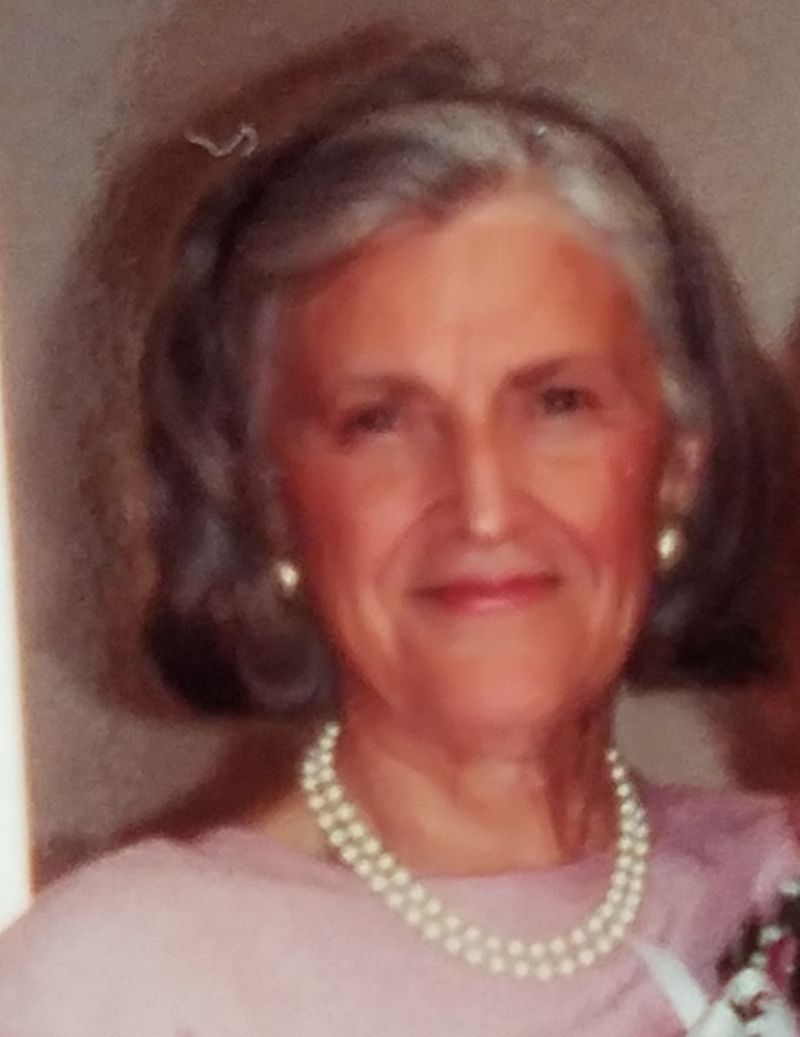 Anne (McPartlan) Bowes, 94 of Groton, MA, passed away peacefully on December 18, 2020 from complications of a stroke she suffered in 2017. She was the widow of Arthur T Bowes known as Archie to his friends.

Anne was born on November 1, 1926 to Edith (McDonough) and Francis McPartlan in Ayer, MA. She grew up in Groton surrounded by her extended family. Anne was her Class President graduating from Groton High School in 1944. She went on to study at Katherine Gibbs in Boston. After graduation she worked first as a Secretary at Lawrence Academy then during WWII she was worked at Fort Devens for the USO, American Red Cross and University of Massachusetts. She also worked at MIT until her daughter Meredith was born in 1954. In 1974 she returned to MIT working as an Administrative Assistant for the Center for Space Research retiring in 1991.

Anne met Archie in 1949 and they married on January 14, 1951 in Groton MA. They were married for 57 years before his death in 2008. Annie and Archie made their home in Reading MA for over 50 years, moving to Ayer in 2006. Anne spent her last years at the River Court Residence in Groton and most recently at the Apple Valley Center in Ayer. A devout Catholic she was a communicant of St Agnes Parish in Reading and St Joseph's Catholic Church in Pepperell.

Anne was a Girl Scout leader while her daughter was young. She was active in both the Reading Garden Club and Senior Center. She stayed active as she got older, doing aerobics or as Archie called it 'jumping around'. After moving back to Groton, she was involved with many activities at the Pepperell Senior Center. She made many good friends along life's journey, enjoying small get-togethers as often as possible.

Anne was an avid reader of fiction always having several titles lined up for the future. She was also passionate about gardening and when she wasn't filling her home with warmth and kindness, she could be found puttering around the yard tending to her flowers. We will miss her greatly.

She is survived by her beloved daughter Meredith Bowes and her partner Angelo Iannuzzo of Groton, her nieces and nephew Lisa Durland, Lynne Moranian and Mike Amirto. She will also be missed by her Great Nephews Charles and Christopher and her Great Niece Elizabeth. In addition to her parents and husband, she was predeceased by her sister Francis (McPartlan) Amirto, her brother Leonard McPartlan, and her nephew James Amirto.

Due to the pandemic a private service will be held for Anne. Burial will be in Groton Cemetery. A celebration of Anne's life will be held later in 2021 when it is safe to do so.

In lieu of flowers the family requests that donations in Anne's memory be made to the Pepperell Senior Center or a charity of your choice.