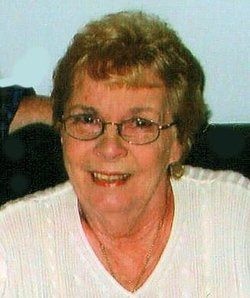 Anne (Dickey) Rice, 85, formerly of Littleton MA, Nashua NH and Brewster MA, passed away peacefully on December 21, 2016 at her daughter’s home in Sarasota FL.  Born in Arlington MA on January 17, 1931, she was the daughter of the late John Dickey and Ida (Dalrymple) Dickey.  Anne was educated in Concord MA and was part of the Concord High School class of 1948.  She married her husband Robert Rice Sr. (Bob) on September 3, 1949 in St Bernard’s Church in Concord MA and the couple resided in Concord until moving to Littleton MA in 1958.

Anne was a devout Catholic and was active in St Anne’s parish in Littleton MA.  Much of her free time was spent donating her time and talents to the church.  She was a member of the St. Anne’s Sodality and served as the Prefect for the organization in 1962.  She was instrumental in raising money for the building fund to build the new church on King St.  She was involved in organizing the Church Fair, spaghetti dinners and a fashion show to support her beloved church’s building fund.  She and her husband Bob served as Eucharistic Ministers.

When Anne was not donating her time to the church, she enjoyed playing golf with her husband, sons and friends, spending time with her grandchildren and supporting all of their extracurricular and sporting activities. She also enjoyed spending time with her parents at their Brewster MA home on Cape Cod.  She loved walking the flats and watching the beautiful sunsets.

Anne was predeceased by her husband Bob to whom she was married for 47 years.  She was also predeceased by her only sister, Mary Niemi of FL. She is survived by her children, Cheryl Leigh of Sarasota FL and her husband Robert,  Robert F. Rice, Jr. of Litchfield NH and his wife Lyn,  & John J. Rice of Chelmsford MA and his fiancée Lauren Mosier, eight grandchildren, Scott Leigh, Todd Leigh, Shannon Leigh, Jennifer Rice, Kristen Rebello, Emily Rice, Eric Rice and Kathryn Rice, and two great-grandchildren Kailey Rebello and Leah Rebello.

Family and friends will gather to honor and remember  Anne on Thursday, Jan. 5 from 4:00-7:00 at the Badger Funeral Home , 347 King Street,. Littleton MA.  Her funeral Mass will be celebrated on Friday, Jan 6 at 10:00 AM at St Anne’s Catholic Church, 75 King St, Littleton, MA.  Burial will follow at Westlawn Cemetery in  Littleton.

Donations in her memory may be made to the American Cancer Society, 30 Speen St. Framingham, MA, or online at cancer.org.