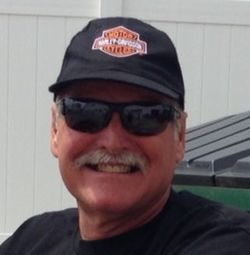 Arthur was born on July 13, 1953 in Laconia, NH to Elias and Edna (Lane) Baker. Arthur is survived by his beloved wife Deborah, who was the love of his life. Art and Deb were married for a wonderful 22 years. His son Ryan Baker of Laconia, NH, son Jacob and wife Tabitha Baker of Concord, NH, his step-sons Kyle and wife Alicia DeLegge of Peabody, MA, and Kevin and wife Linda DeLegge of Atkinson, NH. He is also survived by his grandchildren, Emily DeLegge of Pepperell, MA, Cassandra and Olivia DeLegge of Atkinson, NH and Tiberius Baker of Concord, NH. His brother Joseph Baker of Laconia, NH and sister Linda and husband Bob Gilbert of Summerfield, FL. Arthur is also survived by his extended family, his mother-in-law, Barbara Malcolm, Richard Malcolm, Steven and Barbara Malcolm, Pamela and Gil Carney, Jay and Janet Malcolm and Jan Collins along with many nieces and nephews.

Arthur “Art” is loved and will be remembered by all as an incredibly gentle, loyal, loving and generous man who absolutely loved his beautiful grandchildren.

Art was an avid hunter and sportsman. He loved heading out for a ride to anywhere on his motorcycle and especially enjoyed camping with his friends.

In lieu of flowers, donations can be made to the NH Humane Society (Meredith, NH) at www.nhhumane.org