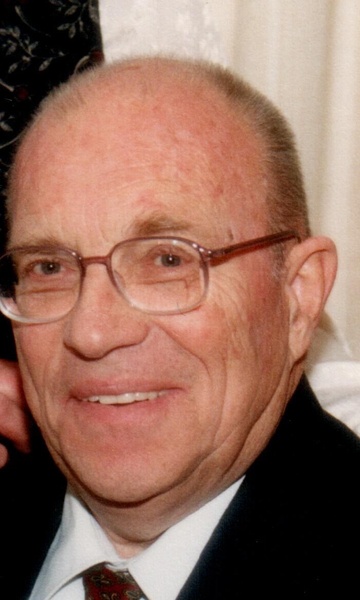 Arthur G. Lazarus, Jr., age 82, died July 22, 2017, at home with his loving wife by his side. He was the devoted husband of Janice E. (Putnam) Lazarus with whom he shared fifty-nine years of marriage.

He was born in Manchester, NH, on February 27, 1935, the son of the late Arthur G. Lazarus, Sr., and S. Elinor (Ossinger) Lazarus. The family then moved to Waltham where Art attended Waltham schools and graduated Waltham High School. He then attended University of Maine in Orono and was a member of Delta Tau Delta Fraternity. In 1957, he graduated with a Bachelors of Art in Geology and enlisted in the Army Reserves. He married Janice Putnam in 1958 in Thomaston, ME, and began his family and career in Machias, ME. Art and his young family moved to Raynham, MA, in 1960, where they continued to grow their family. He was active in the First Congregational Church of Raynham and the Raynham Conservation Commission for many years. He was employed as an Engineering Geologist with C.E. McGuire and then ERT/ENSR for many years. Art and Jan moved to Littleton in 1984. Throughout the years, Art continued to enjoy vacations in Jefferson, ME. After Art retired, he continued to stay active in environmental consulting and dedicated his time to forest conservation work and stained glass art.

In addition to spending time with his family, he was a rock collector, stained glass hobbyist, mentor, and supporter of the Boy Scouts. Art and Janice were longtime and devoted members of the Littleton Congregational Church. He was a Trustee and Deacon at the Church as well as the Men's Group leader. He was also a Trustee and Director of Land Stewardship for the Littleton Conservation Trust.

Besides his wife Janice, he leaves his daughters, Elaine Lazarus and her husband, Ronald Hettich, Jr. of Harvard; Margery Lazarus of Corona, CA; and Diane Lazarus and her husband, Paul S. Berger of Eagan, MN; four grandchildren, Madeleine Hettich and Cameron Hettich of Harvard; and Nathan Berger and Sylvia Berger of Eagan, MN. He was predeceased by his brother, Robert Lazarus.

Services will be Saturday, July 29th, at 11 AM in the Congregational Church of Littleton, 330 King Street. Interment private. Family and friends will gather to honor and remember Art on Friday, July 28th from 4 – 7 PM in the Badger Funeral Home, 347 King Street, Littleton. Contributions in his name may be made in his memory to the Littleton Conservation Trust or the Congregational Church of Littleton.