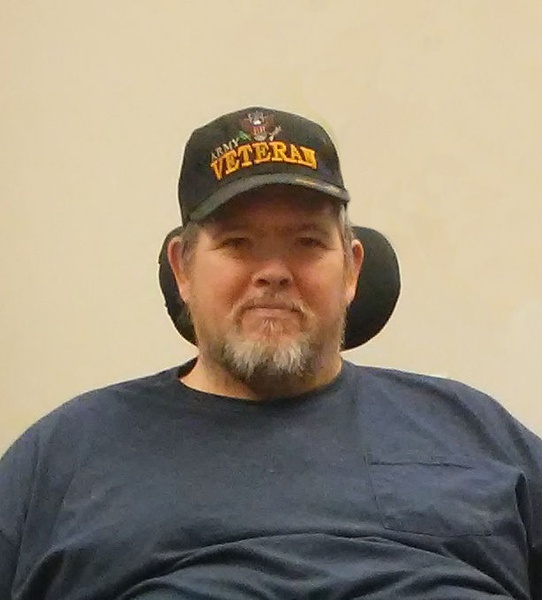 Austin Norman Dates age 56 of Littleton passed away suddenly on Sunday, April 1, 2018. He was the beloved husband of Joanne M. (Tebo) Dates.

Born in Visalia, CA on August 14, 1961 he was the son of the late Horace and Mary (Williams) Dates. Austin was raised and educated in California. Austin enlisted in the United States Army and continued a career with them working as a heavy equipment operator for many years. After being stationed in the United States and Germany, he eventually settled with his family in Littleton, MA.

Austin was a devoted husband and father and cherished the time with his family and dogs. He enjoyed cooking, grilling and smoking meats. He always made time to watch action, superhero and sci-fi movies with his family and most importantly he was always supporting his children with all they had accomplished. Austin was also an active member of the First Baptist Church in Littleton where he currently served on the Board of Trustees.

Along with his wife he is survived by his loving children Kerry Dates and her fiancé Kevin Mannon of Manchester, NH and Gregory Dates of Littleton, his sisters Rachel Haynes, Kathy Qualls and his sister-in-law Susan Clark as well as their significant others. He also leaves many nieces, nephews, friends and his church family.

Family and friends will gather to honor and remember Austin for visiting hours on Thursday, April 5 from 4-7 pm in the First Baptist Church, 461 King St., Littleton. His funeral service be held in the church on Friday at 10:00 am. Burial will be private.

In lieu of flowers donations in Austin's name may be made to:
First Baptist Church of Littleton
461 King St.
Littleton, MA 01460.