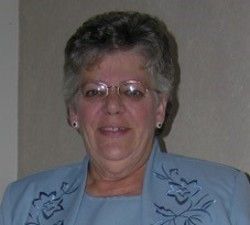 
Barbara Jane Dunn, 70, a long-time Littleton resident, passed away suddenly at her home on Wednesday, March 30. She was the wife of late William J. Dunn, and companion of the late John P. Sullivan. She is survived by her five children, Terri Rock and her husband Joe of Littleton; Dan Dunn and his fiancé Mimi Bartholomay of Littleton; Steve Dunn and his wife Melissa of Littleton; Keith Dunn and his wife Michelle of Ayer; and Brenda McCurdy and her husband Steele of Littleton. She was a loving grandmother to Lexi and Kenzie Rock, Joe Dunn, Kaden Dunn, Isabel and Jackson McCurdy, and Kaitlyn Cummings of NY.
She was the daughter of the late Candace E. Brooks of East Milton, MA and the late Robert G. Chausse of Burlington, VT; the loving sister of E. Jean Thatcher of Still River MA, Catherine Lowe of TX, and the late Donald Chausse of TX. And loving aunt to many nieces and nephews. Barbara worked over the years as a bookkeeper and receptionist, but spent most of her years caring for her family of seven. She loved to garden, complete jigsaw puzzles, read and spent many summers at her trailer on Lovell Lake.
Visiting hours will be held at Badger Funeral Home, 347 King Street, Littleton, on Monday April 4, from 5-8 pm. Funeral services will be held at Badger Funeral Home on Tuesday April 5 at 10am. In lieu of flowers, donations can be made to the Littleton Fire Explorers Post 1, 20 Foster St Littleton MA. Please visit www.badgerfuneral.com