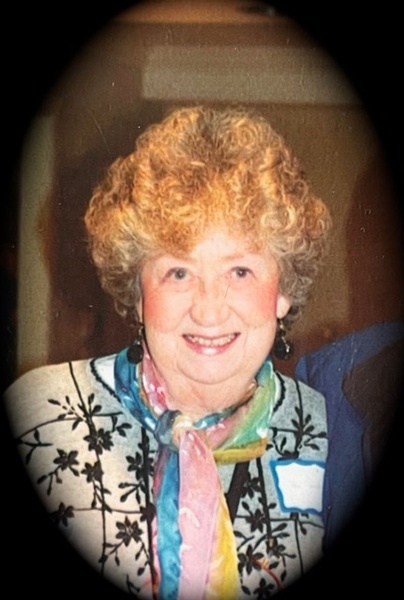 Jean Temple of Groton passed away peacefully on Monday, 19 July, 2021 at the age of 91. Born Barbara Jean Dixon on June 25,1930 in Greenville, SC to Leonard F. Dixon and Mary Hamilton Dixon, she attended Greenville High School. She went on to get her Bachelor's Degree at Furman University, followed by her Master's Degree in Social Work at Tulane University. After graduation she took a position as a Social Worker with The American Red Cross at Fort Bragg, NC. This is where she met her future husband, Roger Temple, who was Company Clerk for the Fort Bragg Hospital Medical Detachment where they would work together coordinating emergency leaves and other services for Army Personnel.

After being discharged from the Army, Roger returned to Ohio State University graduate school. Jean left her position with the Red Cross and followed Roger to Columbus, OH where she took a position as Social Worker for the Ohio Tuberculosis Hospital located on the OSU campus. Roger and Jean were married on September 7, 1957. After graduating, Roger took a position with a poultry breeding company in Springdale, AK. During their time in Arkansas, both children were born.

In 1962, Roger took a job as a geneticist for the Cobb Poultry Breeding company located in Littleton, MA. Jean took a position with the Massachusetts Department of Public Health in the Handicapped Children's Program and later she was made Region II Family Health Services Coordinator. She was further promoted to Regional Manager of the Central Health District. In 1990, she was given a Distinguished Citizen Award by the Northern Worcester County Association for Retarded Citizens for volunteer work with various organizations. She had been a member of the advisory committee for Montachusett Industry Resources and had founded and directed the Early Childhood Network of Central Massachusetts. She also served on the board of directors of Montachusett Home Care Corporation during this time.

After her retirement in 1990, Jean began to volunteer for the Senior Center in Groton, which then operated in Squannacook Hall in West Groton. She began arranging day trips for the Seniors to various historical, educational, cultural, and entertaining spots in New England. The trips eventually included several small groups visiting many foreign destinations. She called the group the "Merry Trippers". Jean became a member of the Council On Aging, eventually becoming the Chairperson of the Council. She was very involved in getting the Town of Groton to buy the abandoned VFW hall from the bank so that it could be used as a more spacious Senior Center in 1996. That building served until it was recently torn down and replaced with a larger, more versatile building. A plaque in the new Senior Center commemorates Jean's and 4 other colleagues' efforts to make it happen. She also helped start and run the Friends Of Groton Elders, a group that provides aid to local Seniors in need.

One of her many hobbies was sewing. She made a lot of her own clothes. Another hobby was growing flowers which she shared with various businesses around town.

She was predeceased by her only sibling, Leonard F. Dixon, Jr. She is survived by her husband, Roger Temple of Groton Mass, her daughter, Julie (Temple) Streeter of Ft. Lauderdale FL, her son, Craig Temple of Doha, Qatar and her niece, Tanni (Dixon) Newlin of Falls Church, VA. No services are planned.

Donations in Jean's Memory can be made to: