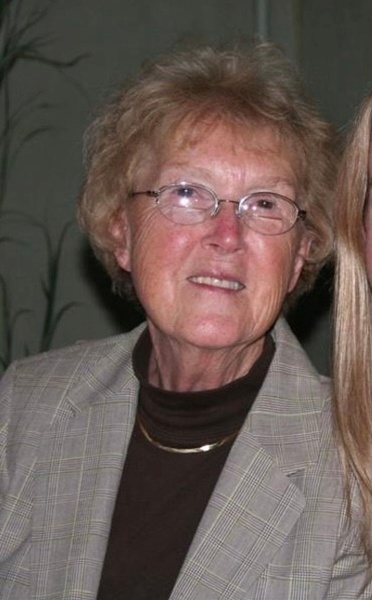 Born in Medford, MA and raised in Malden, MA, she was one of six children to Herbert and Mary Riley. Her siblings were the late: Leonard Riley, Francis Riley, Joan Watson, Alice Connolly and Theresa Doucet. Barbara graduated in catholic school in 1948 and then began work at John Hancock in Boston.

She met the love of her life, the late Robert Wilson on a blind date, set up by their mutual friends, John and Joan Smith. The two married and moved to Littleton where they built their home, their family, their business and their life. Barbara supported the family business as she and Robert operated the Shell and Texaco stations in the center of Littleton in the 1950's and then opened Wilson's Esso service station at the Littleton Depot, selling the business in 1977. They had three children who all attended the Littleton public schools. Barbara was a member of St. Anne's Catholic Church in Littleton. With Robert, she traveled all over the US with their classic cars, featuring them in auto shows and local parades. She also enjoyed being at their second home at Lake Winnipesaukee with her family. Barbara was especially fond of attending her granddaughter's school and extracurricular activities.

Barbara is survived by her son Gary Wilson and wife Nancy, of New Ipswich, NH; daughter Diane Morgan and husband Wayne, of Littleton, MA; daughter Mary Ann Wilson, of Ormond by the Sea, FL; four granddaughters and their spouses; and seven great grandchildren.

A private service will be held in Barbara's honor.