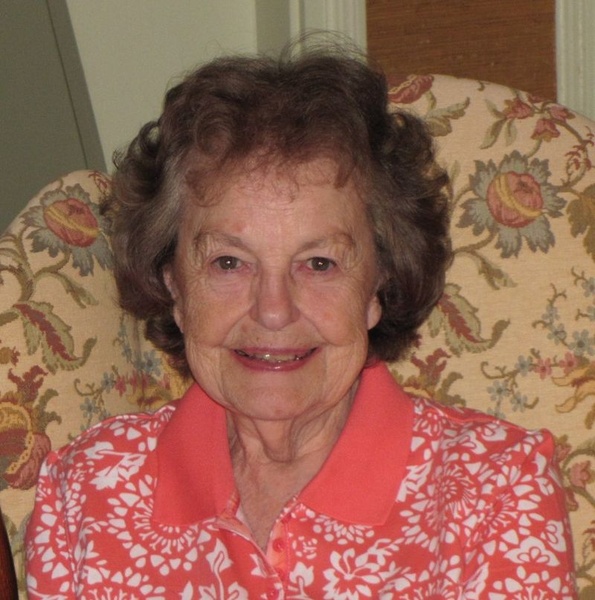 Long-time resident of Acton and Littleton, MA, Bernice "Be" Smith died peacefully of natural causes on Tuesday, March 12, 2019. Be was 99 years old. Throughout her life she was known everywhere as sweet, beautiful, talented and creative. She most loved the simple and unadorned aspects of life – family, friends, gardening, a walk in the woods and the birds at her feeder.

Born in Meriden, CT in 1919, the daughter of Lawrence and Louise Lynch, Be graduated from Meriden High School in 1937, when her yearbook remembered her as "ambitious" and "an actress of the first calibre". She went on to earn a Masters Degree in Performing Arts from Emerson College in 1942 and taught drama at the former Rogers Hall School for Girls in Lowell, MA before marrying her childhood sweetheart David L. Smith, also of Meriden. The couple lived for a time in Germany where Dave was stationed with the Army Medical Corps in the aftermath of WWII. Returning to the US in 1950, the couple settled in West Acton, where Dave opened his practice in pediatric medicine.

Be was active in the South Acton Unitarian Church, the Acton Center Women's Club and the Acton Historical Society, where she often participated in the theatrical efforts of these groups – directing the Christmas pageant or portraying an historical personage at the Isaac Davis House. Moving to Littleton in 1963, Be and Dave also became active in that town while keeping up their Acton affiliations and later adding the New England Lily Society to their list of memberships. After 50 years in Littleton, Be and Dave returned to Acton. Dave predeceased Be in 2015 and Be lived the remainder of her life at Robbins Brook Assisted Living, where she was pleased to reconnect with friends she had made throughout her many years in town.

Be is survived by her sons David and his wife Betsy of Groton, MA, and Peter and his wife Rhonda of Newhall, CA; by her four grandchildren, Trevor and his fiancée Christina Donovan of Arlington, MA, Gretchen Exley-Smith and her wife Kelly of Jamaica Plain, MA, Christine Smith and Stephanie Smith, both of Newhall CA; and by seven nieces and nephews.

Be will join Dave, her lifelong love, in Woodlawn Cemetery in a private committal ceremony on July 25, 2019, the day that would have been her 100th birthday.