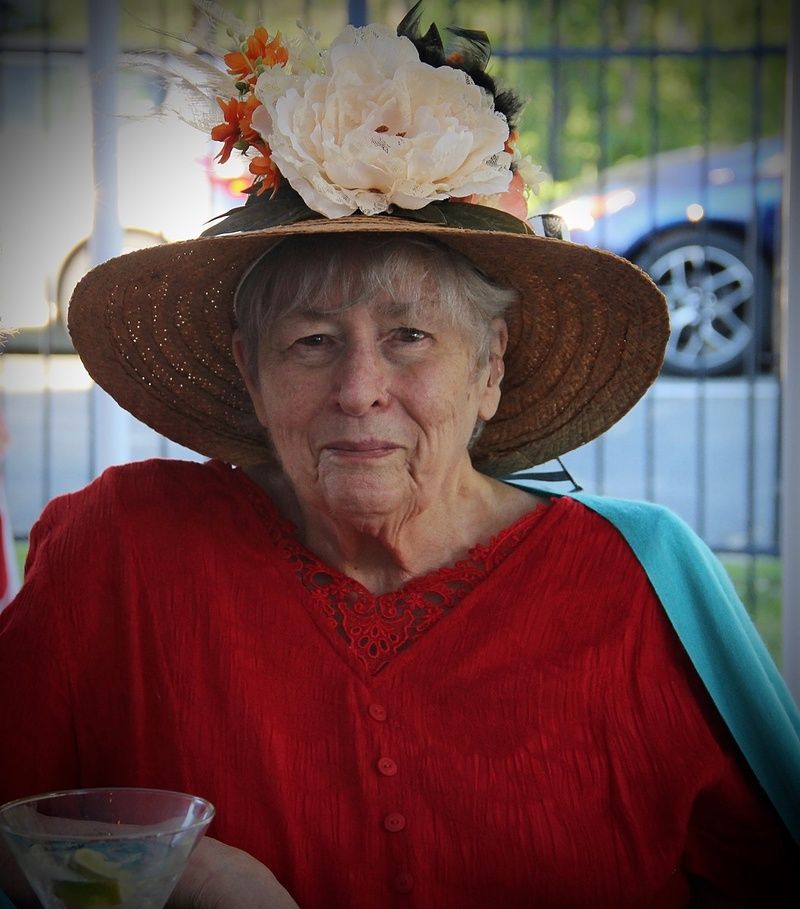 To view Betty's Funeral Service on Thursday April 28, 2022 at 1:00pm EST, please click on the link below. Livestreaming begins at the time of the service.

Betty Sampas, 93, longtime resident of Lowell passed away at her home in Groton on Greek Easter, April 24, 2022. She was the loving wife of the late Michael G. Sampas who predeceased her in 1990.

Betty was born in Marietta, OH on March 8, 1929, the only child of the late Lawrence W. Semon and Ruth A. (Wilson) Semon. Although her parents separated early on, they gave her love and attention, supporting her many interests. Betty's passion for music was recognized early. She was recruited for the church choir and sang in a Marietta community production of Handel's Messiah. Betty enjoyed countless excursions on the Ohio River in her father Larry's cabin cruiser, earning the nickname "Skipper" among her classmates. While Betty enjoyed a carefree youth in Ohio and West Virginia, going barefoot from May to September, the world of art and culture called to her.

At Marietta College, Betty met the love of her life, Mike Sampas, whom she described as "the best-looking guy on campus." Mike and Betty formed a diverse circle of friends of both the conventional and nonconformist persuasions. They wed after graduation and the couple soon found themselves in Georgia for Mike's military service where, with the birth of Cassandra, they started a family. They settled in Mike's hometown of Lowell, MA where they were embraced by his large Greek clan, including Stella Sampas Kerouac whom Betty always called her sister. Five more children followed. Betty was proud of their alternating gender birth order and would recite it: "girl-boy-girl-boy-girl-boy." Mike and Betty sank deep roots into the Lowell community especially through their membership in Christ Church United. Summers were spent in Laconia, NH, enjoying the family of John and Barbara Lawton with extended stays in the nation's capital with the "D.C. Sampases," Jim and Dorothy and their sons George and Lawrence. The couple also maintained strong ties to Groton, home of their dear friends Donald and Martha Morse and family. Mike and Betty always worked as a team to nurture the dreams of their children.

Betty had an infectious laugh and enjoyed lively conversation and debate. She was a prolific letter writer and a voracious reader. An avid fan of the game show Jeopardy and a New York Times crossword puzzle whiz, her ability to recall obscure information continued until within days of her passing. Betty was also a skilled maker of quilts, often crafted for the occasion of weddings and births. After losing Mike, Betty stayed busy with LIRA (Learning in Retirement) which included a poetry writing class to which she brought her lively spirit and where her company was enjoyed by all. On the occasion of her 90th birthday in 2019, friends and family gathered to celebrate Betty's life at one of her favorite venues, the Bull Run.

Betty is also survived by the family of her sister-in-law, Dorothy Myers Sampas, wife of the late James G. Sampas, Nancy Bump, longtime companion of the late Anthony G. Sampatacacus, and Marina Sampas, daughter of the late Charles G. and Mary Sampas, as well as the loving families of Spero and Claire (Sampas) Paicopoulos, and Joseph E. and Helen (Sampas) Surprenant. Betty was also predeceased by brothers-in-law Sampatis (Sebastian) Sampatacacus and Nicholas Sabatakis (Sampas), and John G. Sampas.

Family and friends will gather to honor and remember Betty at a funeral service which will be celebrated on Thursday, April 28, 2022 at 1:00 PM at the Union Congregational Church, 218 Main St., Groton. Reception to follow in the Fellowship Hall. Interment is private.