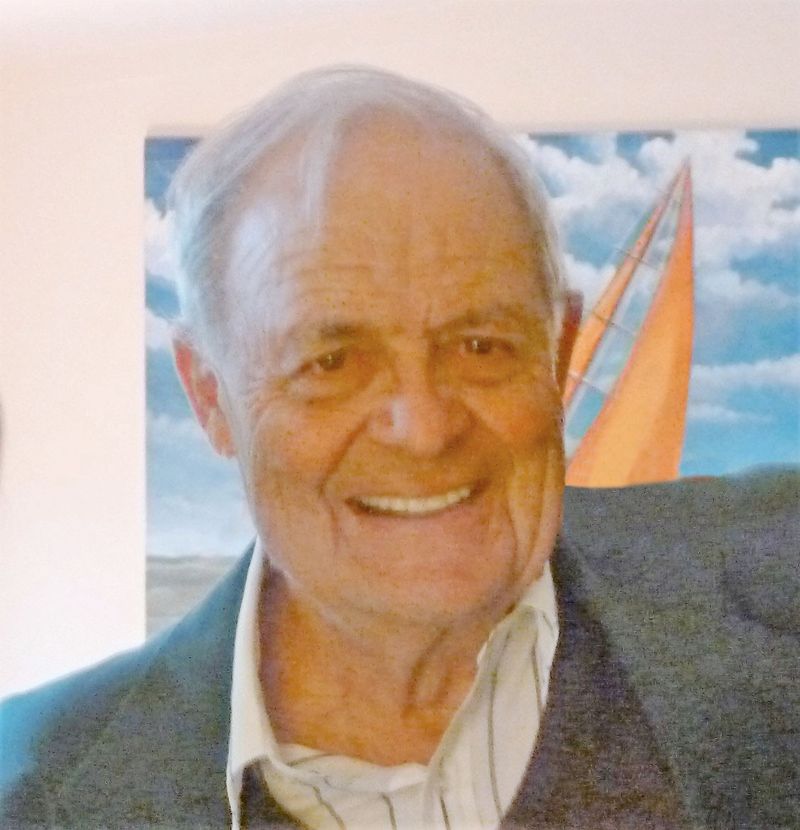 Charles Bix Shoemaker, always known as Bix, formerly of Lexington and Harvard, passed away peacefully on Wednesday, December 12, 2018. Bix was the loving husband for 54 years of the late Barbara Rivinius Shoemaker. Together, Bix and Barbara raised five children, built a home improvement business, traveled extensively, and filled their lives with grandchildren, great grandchildren, and a wide circle of cherished friends. After Barbara's passing in 2005, Bix became the devoted partner of Angela "Robin" Burke until her passing last March.

Born February 14, 1928 in Atlanta, Georgia, Bix was the son of the late Theodore and Mary Louise (Beiderbecke) Shoemaker. The family lived in towns all over the country, before settling in Lexington, where Bix's strong passion for competitive sports blossomed. At Lexington High School Bix actively participated on the football, basketball, baseball and track teams. As one of only a handful of four-letter athletes to play for the Minutemen, Bix is permanently remembered in the Lexington High School Sports Hall of Fame. In Lexington, Bix met his future wife Barbara Elizabeth Rivinius when she was a sophomore cheerleader, and they were married in 1951. After high school graduation, Bix went on to attend the University of Georgia where he studied economics and continued to excel in sports, playing both football and baseball. After college graduation, Bix played professional baseball for one year with the AAA Leesburg Giants before joining the U.S. Army and serving in Korea.

Following his Honorable Discharge, Bix returned home to Lexington and embarked upon his long career as a home improvement contractor with Shoemaker & Sons, a company started by his father. Later named Shoemaker, Inc., the company provided homeowners in Lexington and surrounding towns with roofing, siding, windows, doors and quality service for over 50 years. Bix remained an active member of the Lexington Rotary Club throughout his years in Lexington.
Bix was particularly distinguished for his extraordinary love of people and ability to make and keep friends. The many people that had the pleasure of meeting and knowing Bix will all attest to his ever-present kind, gentle, trusting, humorous, inquisitive and impartial nature.

Bix was predeceased by his sister Suzanne Shoemaker (at birth) and his older brother Theodore "Ted" Shoemaker (at age 90), and is survived by his brother Julien Shoemaker and wife Martha of Burlington VT. Bix is also survived by his five children; Charles B. Shoemaker, Jr. of Grafton, MA and former wife Diana Kelly of Concord, MA; Janet Curra and husband Joshua Jellis of Freeport, ME; Suzanne Shoemaker and husband Jan Lewandrowski of Boyds, MD; Frederick W. Shoemaker and wife Claudia of Shirley, MA; and Amy Louise and husband Dave Dery of Driggs, ID. With his passing, Bix also leaves 11 grandchildren, and 9 great-grandchildren, all of whom he knew well and loved deeply, as well as a large extended family located all over the country and the world. Of course, he also leaves a large network of friends, most notably "the Pickys" from Harvard who remained close and loyal friends of Bix for the last 40 years.

Family and friends will gather to honor and remember Bix on Saturday, February 9th, 2019, 11:00 am at the Unitarian Universalist Church, 9 Ayer Rd. Harvard, MA. Interment with military honors will follow at Bellevue Cemetery in Harvard.