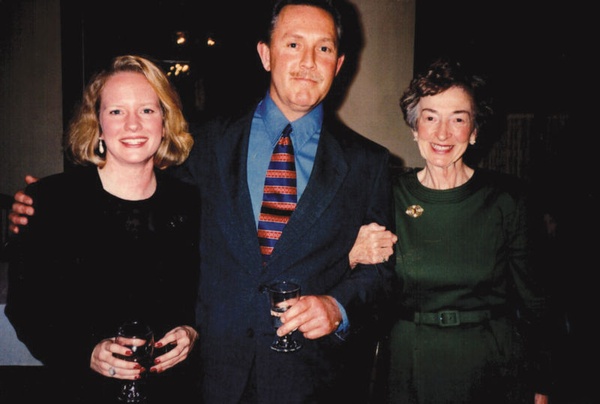 Blanche (Scott) Foss, 85, longtime Harvard resident passed away peacefully on Monday December 18, 2017 at Rivercourt in Groton with her daughter by her side. She was the wife of the late John Foss, who passed away in 2005.

Blanche was born in Steep Creek, Guysborough County, Nova Scotia on January 24, 1932, a daughter to the late John Scott and Eva (Smith) Scott. Being one of ten children, Blanche understood the importance of family. Persevering through hard times growing up along with her siblings she was able to work in the healthcare field as a valued medical laboratory technician serving the Ottawa Civic Hospital in Ottawa and later the Victoria General Hospital in Halifax. She attended Guysborough Academy and in 1961 married John, in Ottawa, Ontario at the Woodruff United Church. Their wonderful marriage would span 45 years.

In 1967 the couple moved to the US and settled in John's hometown of Harvard. It was there where they raised their daughter, Suzanne. Blanche fully embraced Harvard and loved being a part of the community. For many years she worked at the Village Nursery School on the Common and later with the Concord Area Special Education Collaborative. Faith was a very important aspect of Blanche's life. She was a devoted member of St. Andrews Episcopal Church in Ayer.

Blanche was an avid reader and lover of music. She enjoyed gardening and traveling and was an enthusiastic collector of Shaker antiques. She enjoyed rooting on her favorite Boston sports teams, especially the Red Sox and the Patriots. She adored her strolls to the Harvard Pond and around the big common and sitting on her front porch on Fairbank Street. Blanche had a warm smile, a big heart and a love of laughter and fun. She was a friend to many and will be dearly missed by all whose lives were touched by her.

Blanche is survived by her daughter, Suzanne McNeary and her husband Peter of Brattleboro, VT as well as her brothers Carman Scott and Leslie Scott both of Canada, brother in-law Donald Foss and his wife Shirley Foss of Westboro, MA and sister in-law Phyliss Foss of Boxboro, MA as well as many beloved nieces and nephews across Canada and the United States. In addition to her husband, Blanche is sadly predeceased by her siblings; Elizabeth, Harriet, Samuel, John, Chester, Helen and Eva Claire.

Blanche's family would like to express their sincerest gratitude to the families of Mr. Charles Thibeau and Mr. Robert Barrett who meant so very much to Blanche and to the incredible staff at RiverCourt Residences in Groton which took such loving and wonderful care of Blanche in the last year of her life.

Family and friends will gather to honor and remember Blanche on Saturday, February 10, 2018 from 1:00 until 3:00 pm in the Badger Funeral Home, 45 School Street, Groton. A private graveside service will be held later this Spring at Bellevue Cemetery in Harvard, MA. In lieu of flowers memorial contributions can be made to St. Andrews Episcopal Church, Ayer, MA or the Harvard Historical Society, Harvard, MA.