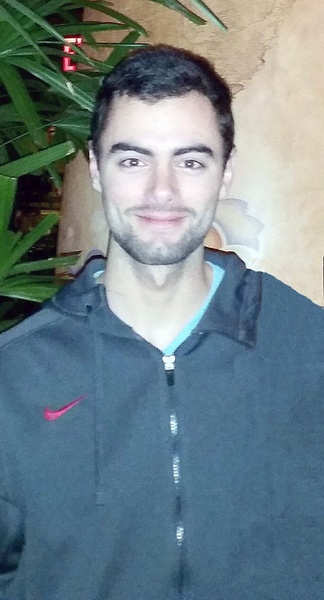 With deepest sorrow, we announce the passing of our beloved son, Bryan Peter Heffernan, age 22, of Groton, Massachusetts, on March 15, 2019. Bryan fought a long hard battle against DSRCT, a rare and aggressive form of Sarcoma cancer, with grace, dignity and determination for two years. He was born on October 14, 1996 in Lowell, the son of John and Christine (Natsios) Heffernan.

Bryan attended Groton Public schools and graduated from Groton Dunstable Regional High School in 2015, where he was an honor student and a member of the ski team. He was most recently enrolled at Rensselaer Polytechnic Institute, majoring in computer science.

Bryan had a thirst for knowledge and a unique group of interests which included math, science, computer science, downhill skiing, snowmobiling, art, and composing electronic dance music. Bryan's world revolved around computers. He was self-taught and knew both the hardware and operating systems like he was born with the knowledge. At age 15 he created his first online business, a Minecraft world that reached top 10 status worldwide for membership, with over 1 million unique players from 58 countries. Following his passion for computer science, he conducted research in artificial intelligence while completing projects in image recognition and stock market prediction. He also worked alongside a world-renowned professor contributing to open source libraries.

When Bryan was not on the computer, he enjoyed spending time in Maine at his family's vacation home and being spoiled by his Auntie Elizabeth Pierson. During his illness Bryan spent a lot of quality time with his Yiayia Cynthia Natsios. Bryan's favorite companion, however, was his beloved cat Sasha; they were inseparable, especially while Bryan was fighting through his treatments.

Bryan enjoyed traveling with his friends and family. Most recently, he went on trips to Paris, Greece, Las Vegas, New York, Washington DC, London, and Spain. Many of these trips included stops to see his favorite DJ, Hardwell.

Family and friends will gather to honor and remember Bryan for his Funeral Mass on Wednesday, March 20, 2019 at 10:00 am in St. Catherine of Alexandria Parish, 107 North Main St., Westford. Burial in Groton Cemetery will be private.