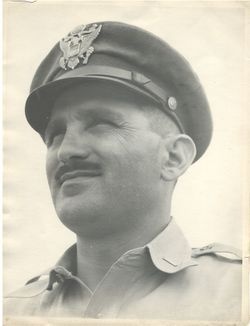 Carl V. Kern of Westford, passed away on June 8, 2016 at the age of 99. He was the beloved husband of the late Edith Kern who passed away in 2012. Carl is survived by his five children. John and his wife Margaret of Quincy, MA; James of Sandown, NH; Deborah and her husband John of Puryear TN; David of Westford, MA; Daniel and his wife Deborah of Haverhill, MA. Also survived by his eight grandchildren Jennifer Kern Rizzo of Braintree, MA; April Holmes of Sandown, NH; Matthew Kern of Everett, MA; Katherine Kern of Quincy, MA; Ashley James of Westford, MA; Danielle White of Amherst, NH; Jeffrey Kern of Westford, MA; and Melanie Kern of Sandown, as well as four great grandchildren.

Carl joined the Royal Canadian Air Force at the age of eighteen. After nearly a decade he left Canada and joined the US Army Air Corp. Carl was a World War II veteran and served with distinction as a pilot and pilot instructor in many different aircraft. After 25 years in the service he retired as a Major. After retiring he worked as a civilian employee at Hanscom Air Base until 1990.

Visiting hours will be held at the Badger Funeral Home, 347 King Street Littleton, MA on Tuesday June 14th 2016 from 6-8 pm. Services with military honors will be held at the Massachusetts National Cemetery, Connery Ave., Bourne Mass on Wednesday at 1:45 pm. Contributions can be made in his memory to: Retina Research Foundation, 1977 Butler Blvd Houston, TX 77030. Please see www.badgerfuneral.com