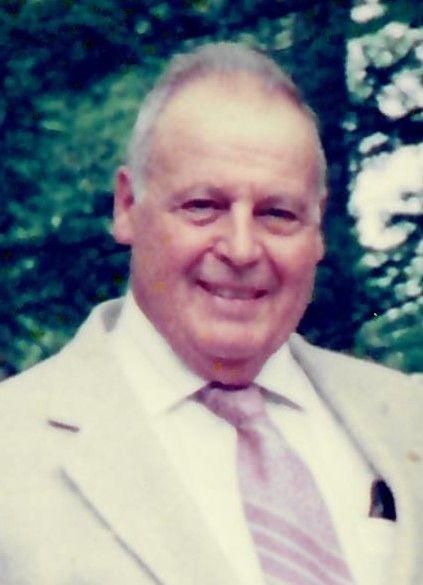 Carlton M. Rooks, a long time Westford resident passed away peacefully on Monday morning, April 1, 2019 at the Life Care Center of the Nashoba Valley in Littleton. He was 92 years old.

Carlton was born in Fitchburg on December 4, 1926, a son to the late Maurice and Gladys (Crocker) Rooks. After high school, Carlton honorably served his country in the US Army and attained the rank of Corporal during the Korean War. It was also during this time that he met his wife, Helen and the couple were married on November 2, 1952 in Groton. Carlton and Helen settled in Westford where they remained and raised their family.

Carlton became a staple in the Westford community. In addition to being a 45-year veteran and Captain of Company 3 in Forge Village, Carlton served in many other capacities in town including Westford's Tree Warden and Water Commissioner. Carlton was an avid outdoorsman. In his spare time Carlton enjoyed hunting, though he would admit he was never very good at it. Additionally he enjoyed fishing, gardening, and spending the summers at his camp in Lincoln Maine.

Above all, family was paramount in Carlton's life. In addition to his loving wife of 66 years, Helen, Carlton is survived by his sons; Robert and Richard Rooks, his grandchildren; Robert Rooks, Jr. and his wife Erica, and Rebecca Louh and her husband Steven as well as 2 great-grandchildren. He is further survived by his sisters; Beverly Dearth and Karen Ann Rooks. Carlton is sadly predeceased by his brother, Warren Rooks, Sr.

Family and friends can gather to honor and remember Carlton for a period of memorial visitation on Saturday afternoon, April 13, 2019 from 2:00 PM until 3:00 PM at the Badger Funeral Home, 347 King Street, Littleton. His services will be held in the funeral home at 3:00 PM and interment will be private.

In lieu of flowers memorial contributions in Carlton's name may be made to:
The Alzheimer's Foundation of America
225 N. Michigan Ave. Floor 17
Chicago, IL 60601