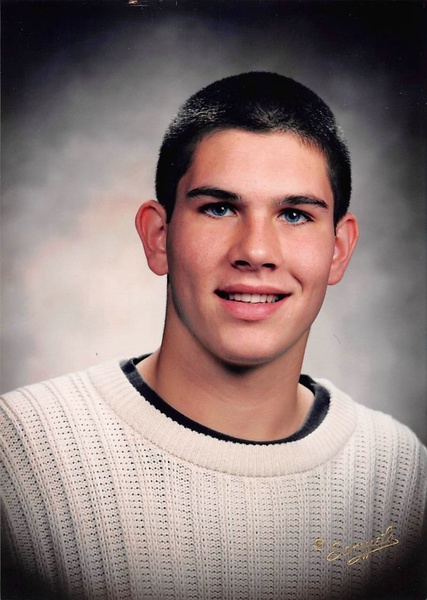 It is with great sadness that the family of Chad Andrew Pierce announces his passing on November 19, 2019 at the age of 41. He was the loving and devoted father of Andrew Joseph Pierce.

Born in Concord, MA on July 18, 1978, he was the son of Pamela A. (Malcolm) Carney and Glenn A. Pierce. Raised and educated in Littleton, Chad graduated from Littleton High School where he was an accomplished varsity athlete in both football and wrestling. He was a kind and compassionate friend and father with a huge heart and a deep capacity for unconditional love.

The name "Chad" means "protector and defender," and Chad lived up to his name. Anyone who knew Chad would describe him as fiercely loyal, and someone who was always there for a friend in need. Over the past few years, Chad spent a lot of time with his mother and stepfather in Pennsylvania, devoting himself to becoming a better man, committing to his Catholic faith, and being the person he knew his son would be proud of.

Chad cherished the time with his family, especially his son Andrew. His proudest accomplishment was being a father, and he was happiest whenever he was spending time with his boy. They always found fun in their adventures together, and Andrew embodies the same light and love that shone in his father's heart.

Chad was a respected and brilliant craftsman and carpenter. He constructed many homes throughout the area and was well-known for his finish work. He found joy working with his hands and could design and build almost anything.

Along with his son and his parents, he is survived by his grandmothers Barbara Malcolm and Stella Pierce; his stepfather Gil Carney; his brother Jason and his wife Hana and their sons Seiji and Kiyoshi; his brother Corey and his wife Cristin and their children Bradley and Cami; his stepsiblings Jennifer, Sean, and Andrew; and a large and loving extended family including several aunts, uncles, and cousins. He was predeceased by his wife, Elizabeth Hartwell. He will be profoundly missed by all who were blessed to know him.

Family and friends will gather to honor and remember Chad on Saturday, November 23, 2019 at 9:00 am at the Badger Funeral Home, 347 King Street, Littleton. His funeral service will follow at 9:30 am. The burial will be private.

In lieu of flowers, donations may be made to his son Andrew's college fund: https://www.gofundme.com/f/chad-pierce?utm_medium=copy_link&utm_source=customer&utm_campaign=p_lico+share-sheet