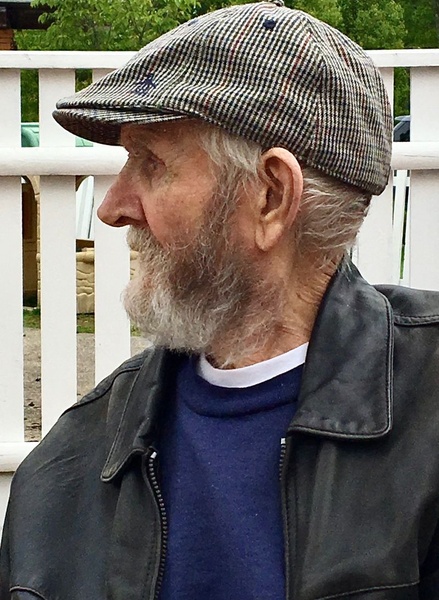 Charles E. Siekman Jr. died on Tuesday, September 1, 2020 at Durgin Pines long term care facility in Kittery, Maine. Charlie was born on February 25, 1932 in Arlington, MA. After living in Medford, Somerville, and Arlington, MA, Charlie's family moved to Bedford, MA where Charlie lived for most of his school years.

Charlies served in the United States Air Force and in the Air Force Reserves in the early 1950's. While stationed at Chanute Air Force Base in Rantoul, IL, Charlie met and married Bernice Roy. Charlie and Bernice moved to Massachusetts to raise their children.

Charlie was pre-deceased by his wife, Bernice, in 1974. He married Barbara Burke in 1978 and they moved to northern Maine. Charlie was predeased by Barbara in 2016.

He was also pre-deceased by his parents Charles E. Siekman, Sr. and Gertrude (McMasters) Siekman as well as his brother William "Bill" A. Siekman and his sister Margaret F. "Peggy" (Siekman) Brown.

Charlie is survived by his children, Don Siekman of Ayer, MA and Lorraine (Siekman) MacDougall of Ayer, MA, Diane Siekman and John Coslett of Rochester, NH and George Siekman of Kingfield, ME.

Charlie looked back fondly on his years as a truck mechanic at International Harvester company in Boston, MA.

Charlie loved motorsports all of his life. He drove race cars when very young, and attended Indy Car and Nascar races whenever he could, and always enjoyed auto races of any kind on TV.

Charlie enjoyed fishing in the streams and rivers of Maine. Always fond of animals, Charlie adopted and cared for many animals that came his way, among them a pig, a goat, some chickens and rabbits, as well as an injured squirrel that he nursed back to health and released back into the trees.

Over the years, Charlie had many dog companions, as many as three at a time. Since moving to Kittery, Charlie was lucky to have a wonderful little companion, a sweet and loyal Shih Tzu named Chloe. Chloe has been living with Diane and John but made lots of visits to Charlie at Durgin Pines. She was always Charlie's dog and could always make him smile.

Grandpa Charlie, as he was known to many, will be missed and memories of him will be cherished by all.

Friends and family will gather to honor and remember Charlie for a period of visitation on Friday, September 11, 2020 from 5:00 pm until 7:00 pm in the Badger Funeral Home, 347 King Street, Littleton. A graveside funeral service will take place on Saturday September 12, at 11:00 am at Westlawn Cemetery, 7 New Estate Road, Littleton.