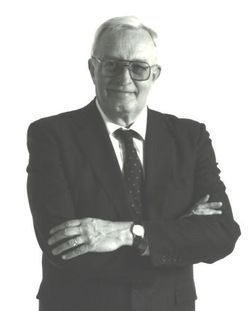 Charles O Swanson II, 85 of Westford, died on September 21, 2016 at Life Care Center of Nashoba Valley. He was born in Worcester, MA on June 15, 1931 son of the late Carl and Anna (Maynard) Swanson. He grew up in Worcester, was a graduate of Worcester Academy, received his BS in Political Science from Bowdoin College and his Master’s Degree in Political Science from Brown University. Charles served in the US Navy on a destroyer stationed out of Jacksonville, FL.

Mr. Swanson served at the President of Town Talk Bread, his family’s historic Worcester business for 10 years, then served as President and other executive leadership positions at Colonial Gas in Lowell for 23 ears. He was married in 1967 and has made his home in Westford since 1971. He was a member and past president of the Lowell Rotary Club, a world traveler avid reader and scholar of WWII history.

A Memorial Service will be held at the Church of the Good Shepherd, 164 Newtown Road, Acton, MA 01720 on Saturday Oct 1, 2016 at 10 am. In lieu of flowers, contributions may be made in his memory to the J. V. Fletcher Library, 50 Main Street, Westford, MA 01886. Please see www.badgerfuneral.com