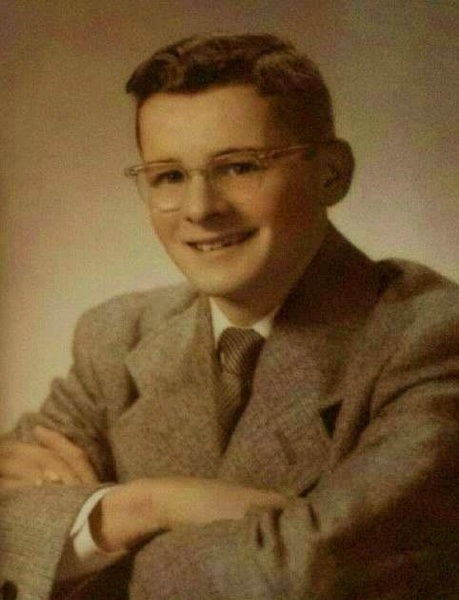 Clarence Alfred Titus, 86 and a lifelong Ayer resident passed away peacefully on July 6, 2020 at Southern Maine Medical Center in Biddeford, ME. He was the loving husband of the late Janet (Jahn) Titus.

Clarence was born in Ayer, MA on March 10, 1934, a son to the late Ernest and Marion (Totman) Titus. He was a graduate of Ayer High School and Lowell Technical Institute with a degree in Business Administration.

Clarence was an avid sports fan, Boston Braves and Red Sox enthusiast. As a young man, he pitched for the Ayer High School baseball and Tannery teams. It has been heard that Clarence was scouted by the Cleveland Indians. Growing up next to the Ayer Town Park, he attended local games, and skipped rocks across Grove Pond with his brothers and sisters. He was the youngest in a family of eight.

Fascinated by local history and World War II, he was in the process of writing a book about his beloved town of Ayer, titled Army Town. Clarence shared stories of life in a military town during the encampment of soldiers at Fort Devens, where he delivered mail for the United States Postal Service. He served many years in the Massachusetts National Guard. Clarence left USPS to be the Purchasing Manager at Fredrick Jahn's Parts Rebuilders in Fitchburg, then Northborough, MA, where he worked 40 years.

Clarence was a devoted family man. His final days were spent in their summer retreat of Goose Rocks Beach in Kennebunkport, ME. There he was surrounded by his children and grandchildren doing what he loved most, being by the ocean and listening to music.

A ceremony will be planned at St. Andrew's Episcopal Church in Ayer, when it is possible for friends and family to gather together again.