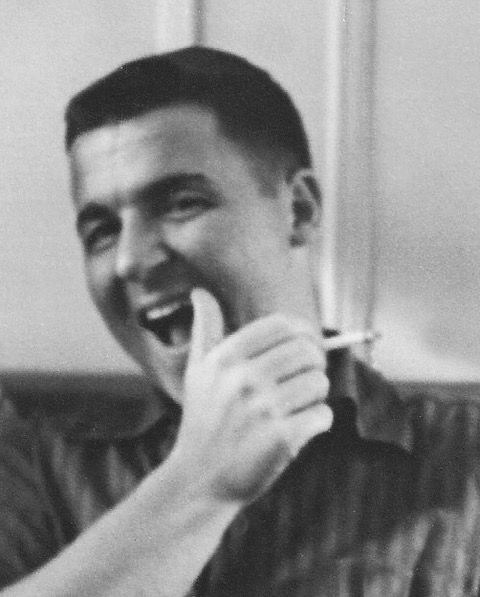 Clement Cole- "He won't be down for breakfast."

That was his favorite saying when he would find out a celebrity or someone he knew died. He got a big kick out of saying that and would appreciate it being said for him upon his exit.

A first generation American and son of Russian immigrants, Alexis and Olga (Nestor) Kowalewsky, Clem was born in New York City at Lenox Hill Hospital and grew up in Stratford, CT. After graduating from Stratford High School in 1954, he married his high school sweetheart, Joan (Walkley) Cole on November 7, 1959 after he graduated from the University of Connecticut and serving in the United States Marine Corps. Clem and Joan spent their first years as a married couple together in the Midwest, living in Chicago and Minneapolis before returning to New England and starting a family in Framingham, MA. They moved to Littleton, MA in 1975 and Clem established his career in Human Resources. He was one of the first employees of Digital Equipment Corporation, before joining CompuGraphic/AGFA in 1974, where he worked until his retirement. After his retirement from CompuGraphic, he worked as a letter carrier for the USPS until the birth of his first grandchild. At that point, his main focus was to spend as much time as he could with his beloved grandkids whom he adored and was extremely proud of. He was about the best Papa they could ever have wished for and gave each and every one of them a lifetime of lasting memories full of love, laughter and fun.

A devoted husband, father and grandfather, Clem had many passions and interests including sharing his Russian heritage with his grandchildren, his beloved New York Yankees and playing sports of all kinds with his family. He also was an avid music fan with an extensive collection of jazz, Russian folk music, classical and rock records that he enjoyed listening to. But most of all, his favorite past time was by far, playing Scrabble every evening with Joanie while they enjoyed dessert and watched Wheel of Fortune and Jeopardy. They kept count of how many games they played over the years and tracked the score until the very last game a few days before he left us. He won that game and the final count of Scrabble matches was 3,657 to 3,656. They played a Scrabble game together every night for approximately 20 years!

What we'll miss most about Clemmie is his sense of humor and love of a good story. He so enjoyed listening to the daily updates about what the grandkids were doing and everything going on in their lives. He was the biggest cheerleader for his kids and grandkids, making them all feel as though they could accomplish anything they put their minds to. He didn't appreciate "crybabies and complainers" and taught his children and grandchildren to stand up for themselves and never put up with anybody treating them unfairly. A tough son of a gun with a heart of gold, he provided us with a strong role model to look up to and one that we will continue to emulate every day from here on out.

Clem is survived by his wife of nearly 60 years, Joanie; son, Craig and his wife Colleen of Westminster, MA and grand daughters: Madison, Mackenzie and Macy; daughter, Jill (Cole) Adamy and her husband Dion of Lunenburg, MA, and grandchildren: Charlotte, Grace Clementine and Joseph.