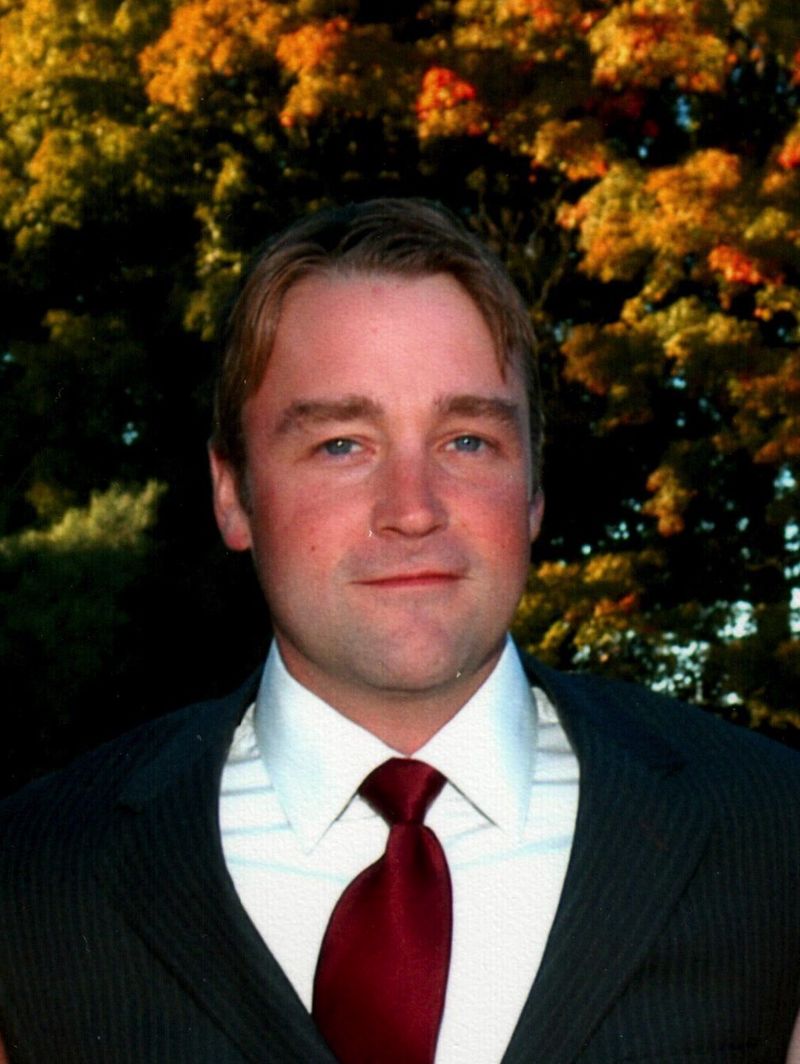 Corey McLean Sealock age 45 of Littleton formerly of Arlington passed away on Monday, September 17, 2018, after a hard fought battle with cancer, at his residence surrounded by his loving and devoted family. He was the beloved husband of Catherine Leigh Kane and cherished father of his three year old daughter Margaret Rose Irene Sealock, who was the light and joy of his life.

Corey was born in Arlington on August 28, 1973 the cherished son of Ralph B. and Sandra K. (Haywood) Sealock of Littleton. He was raised and educated in Arlington graduating from Arlington High School in 1991, where he was on the state champion swim team. He also won a Boston Globe Scholastic Art award for one of his pastel pieces. He loved working with charcoal and pencil and was very talented completing two semesters at Middlesex Community College, where he majored in Art.

Corey moved to Littleton in 1991 and worked for the past 15 years as a landscaper and irrigation installer for Raymond Bouley Landscaping Company of Chelmsford. He married the love of his life, Catherine on September 24, 2005 in Bedford, New Hampshire and together they remained in Littleton. Corey was well loved by all who knew him for his caring, kind and easy going nature. He was an avid New England Patriots fan going to many home and away games with his close friends. He enjoyed the outdoors, going camping with his family for many years. He loved snowboarding, teaching his nephew from a young age and they continued their yearly trips to his favorite ski area, Loon Mountain. He enjoyed his weekly family trips to the flea markets, collecting his rusty treasures in his favorite spots Brimfield and Hollis, NH. He was an avid poker player and spent many nights with close friends playing Texas hold em. He also enjoyed spending time at York beach with close friends. Most of all he cherished time with his family, his faithful dog Scrappy, and especially his daughter Maggie, who would sing, dance and play, bringing joy to him while he was in his struggle.

Along with his wife, daughter and parents Corey is survived by his sisters, Peytra Maxwell and her husband Ken Maxwell of Arlington and Brenda Witkum and her husband Richard Witkum of Littleton and their children James, Emerald and Lila. Mother-in-law Margaret Kane and her late husband Dennis Kane of Wilmington. Sister-in-law Stacey Benoit and her husband Robert Benoit of Wilmington and their children Jared and Madison. Brother-in-law Andrew Kane and his wife Denise Kane of Salem, NH. Corey was also survived by many devoted and cherished friends.

Family and friends will gather to honor and remember Corey on Friday, Sept. 21 from 5-8 pm in the Badger Funeral Home, 347 King St., Littleton. His memorial service will be held on Saturday at 11:00 am in the funeral home followed by a Celebration of Life Luncheon at The OutLook Restaurant at Nashoba Valley in Westford, MA. Children of all ages are welcome to be playmates with Maggie while we celebrate Corey's life.

In lieu of flowers, Corey's family has established a 529 education fund for Maggie.Checks should be made payable to College America and mailed to:
Kenneth Maxwell
c/o Tyler Lynch PC
186 Alewife Brook Parkway #200
Cambridge, MA 02138