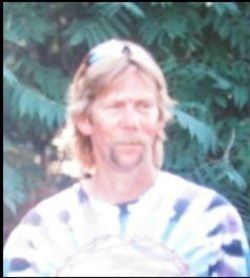 Dana was born in Ayer, MA on August 11, 1952 and lived with his family in Littleton, MA until his early 20's. Dana passed away peacefully at the Thompson House in Brattleboro, VT on Thursday January 11, 2017 after a lengthy battle with COPD and lung cancer. In his younger years surfing both coasts of the US and Hawaii was his passion. During his later years golf in the Carolina's, and especially VT became his other passion. Dana loved VT where he worked and lived for most of his adult life. He touched the lives of so many people in VT they all became his close friends.

Dana was the son of the late Zenas Andrew "Andy" Lovelace and Mary Elizabeth "Betty" (Bellevue) Lovelace of Littleton, MA. Dana is survived by his brother Robert B. and sister-in-law Mary L. Lovelace of Shirley, MA.

At Dana's request, no services will be held.