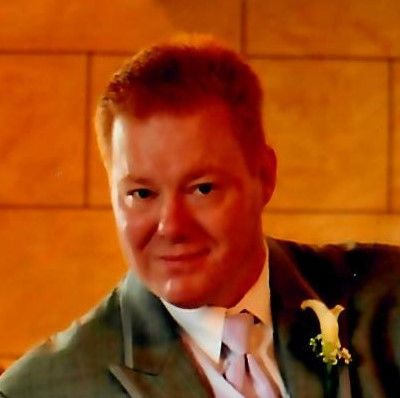 Daniel Lorne McKeeman, 51 of Littleton passed away peacefully on November 18, 2019 at the Lahey Clinic in Burlington. He was the beloved husband of Elisabeth McKeeman.

Dan was born in Brookline on January 24, 1968, a son to the late Roger and Laurida (Bernard) McKeeman. He grew up in Medford, MA attended schools and was employed for many years as an Information Technology specialist. In 2010 he married Elisabeth Urbaczewski. T he couple settled in Littleton and grew their family which not only included their daughters, but the many friends from the church, social and lineage groups they belonged to.

Dan enjoyed the outdoors and being a member of the Westford Sportsmen Club and he often shared fond memories of his youth hunting quail with his father. Computers and technology were his passion. Dan enjoyed building PC's and gaming with friends near and far. Proud of his Celtic heritage, Dan enjoyed visiting the New Hampshire Highland Games each year with extended family. Nothing, however, made him happier than spending time with his girls. He loved sharing his love of music with and encouraging them to sing and dance about the house. Dan was a kind and generous man always looking for ways to help others when he could. He will be deeply missed.

In addition to his wife, Elisabeth, Dan is survived by his daughters, Maeve and Piper as well as his brother; Roger and his wife Krissy, his nieces Olivia and Addison, and brother, Kenneth and his sister, Laurida.

Family and friends will gather to honor and remember Dan for a period of visitation on Thursday November 21, 2019 from 4:00 PM until 7:00 PM in the Badger Funeral Home, 347 King Street, Littleton. His funeral service will be held on Friday November 22, 2019 at 11:00 AM in the Church of the Good Shepherd, 164 Newtown Road, Acton, with a luncheon to follow. Interment will be private,

In lieu of flowers, memorial contributions may be made in Dan's name to: The American Cancer Society, P.O. Box 22478, Oklahoma City, OK 73128 or online at www.cancer.org

Church of the Good Shepherd