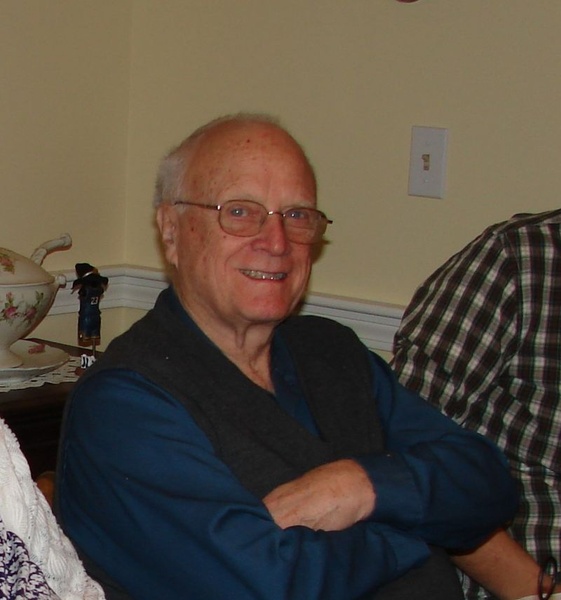 David was born in Winchester on August 9, 1927, a son of the late Stanley and Lillian (Fiske) Howe. He grew up in Winchester and was a member of the Winchester High School class of 1945. In August 1944, at the age of 17, he left school and enlisted in the United States Navy. He proudly served in the Pacific onboard the USS OTTAWA (AKA-101) and four other naval ships until he was honorably discharged from the Navy in 1948.

David moved to Littleton in 1949 where he met his wife Marian (Hickson) Howe, whom he married in October 1954. They raised three sons and enjoyed making their home in Littleton for 55 years together until she predeceased him in June 2010. David worked several jobs prior to spending 20 plus years in the Facilities Department at the Bowmar Corporation in Acton before retiring in 1992. He was a member of the First Church Unitarian in Littleton and a 60 year member of American Legion Post 249.

David is survived by his sisters Barbara Ferguson of Rye, NY and Mary Bergauer of Sapphire, NC, three sons George Howe and wife Jane of Sandwich, Robert Howe and wife Leslie of Atlanta, Indiana, and Charles Howe and Glenda Caviston of Littleton, four grandchildren Sara and her husband Matthew Stiefvater, Andrew and his wife Hilary, Whitney and her husband Paul Childress, and Taylor Howe, and three great grandchildren Cora and Otto Stiefvater and Daphne Childress. He is also survived by six nieces and nephews.

Family and friends can gather to honor and remember David for a period of visitation on Tuesday, September 25, 2018 from 5:00 PM until 7:00 PM at the Badger Funeral Home, 347 King Street, Littleton. His funeral service will be held on Wednesday, September 26, 2018 at 11:00 AM in the funeral home. Interment will follow in Westlawn Cemetery, Littleton.

In lieu of flowers, memorial contributions may be made to:
American Legion Post 249
c/o John Howard,
77 Guifford Lane
Concord, MA 01742