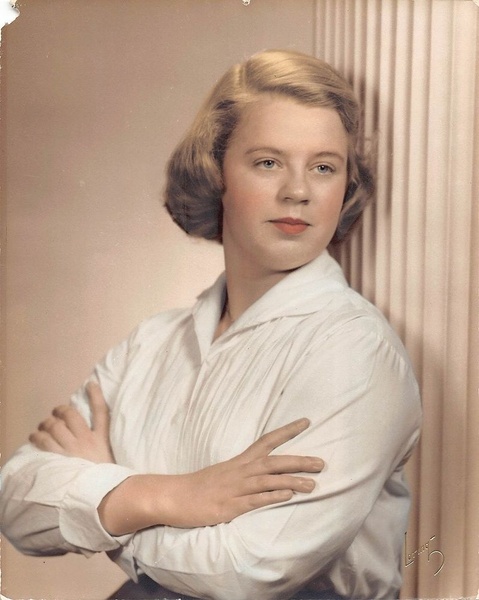 Delores L. (Archambault) May, 81 and a longtime Littleton resident passed away peacefully on December 13, 2021. She was the beloved wife of John F. May for over 50 years.

Delores was born in Westford on September 27, 1940, a daughter to the late John and Violet (Kemp) Archambault. She attended Pepperell High School where she was a member of the marching band and played the saxophone. While at Pepperell High School she also enjoyed playing basketball and softball. After graduation, she moved to Concord, New Hampshire where she worked as a registered nurse at the Concord State Hospital. Upon leaving New Hampshire, she returned to Massachusetts where she settled in Littleton with her husband and children. She was employed as a Shipping and Receiving supervisor for Warren Technologies (later called Elgin Technologies) for many years. Later in life, she would go on to obtain her bachelor's degree from the University of Massachusetts at Lowell.

Family was extremely important to Delores and almost every weekend you could find her hosting a cookout at her house for all her children, grandchildren, and eventually great grandchildren. She was an amazing cook and just to be near her in the kitchen was always special. In addition to her family being paramount, there was not a casino in the United States that was not visited by Delores and her traveling companions, husband, lifelong friends Velma and Shirley Johnson and brother, Jack and sister-in-law, Lynn. She enjoyed gardening in her vegetable and rose gardens and was an avid New England Sports teams fan, who truly enjoyed watching her beloved Red Sox. In addition to enjoying sports teams, she boasted a rather extensive collection of cardinals and beanie babies and there was nothing more than a good book that Delores enjoyed. She was loved by all who had the good fortune to know her and will be deeply missed.

Family and friends will gather to honor and remember Delores for a period of visitation on Saturday December 18, 2021 from 5:00 pm until 7:00 pm in the Badger Funeral Home, 347 King Street, Littleton. Her funeral service and interment will be private.