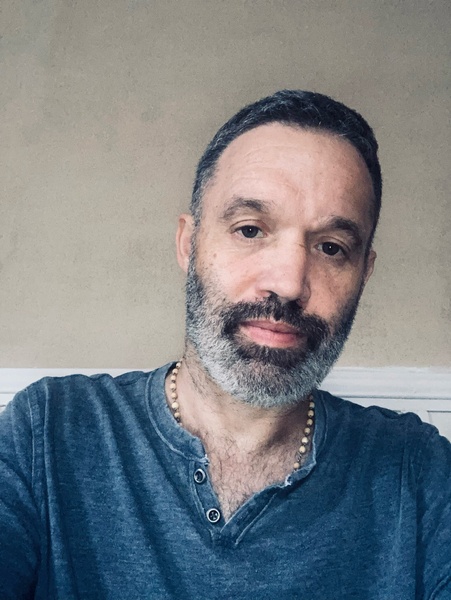 Denis was born on October 22, 1970, in Cork City, Ireland and was the son of Mary (Daly) and the late Jim (Seamus) Murray. Denis attended the North Monastery Secondary School graduating in 1989.

Denis loved cycling around his beloved Spangle Hill and into West Cork for long summer days as a teenager.

He emigrated from Ireland to Boston in 1992 and became a top sales associate at Tags Hardware in Porter Square Cambridge.  He was known as the only Sales Associate Julia Child would ask for when looking for paint for her kitchen.  There he met the love of his life, the beautiful Italian girl, Mariann Minghetti of Somerville, Massachusetts.  After a fairytale wedding in Gaeta, Italy attended by numerous friends and family from Boston, Ireland and Italy, they lived in the Greater Boston area, finally finding their permanent home in Westford, Massachusetts.  There they raised three children, Tadgh, 18, Leanora,15 and his namesake Denis (Dinny), 10.

Denis reveled in their many activities including soccer, basketball, football and was always particularly thrilled when Tadgh played football for Westford Academy and faced off against his cousin’s in  Annual Westford/Acton Boxborough rivalry Thanksgiving game.

After working for the Town of Needham and The Boston Globe in 2007, Denis became a utility custodian at Massachusetts Institute of Technology.  In 2013, Denis transferred to repair and maintenance where he worked as a Maintenance mechanic.  He became a well known figure at MIT and was loved by all.  Denis’s lifelong ambition was to become a tradesman as his family were stonemasons and allied tradesmen for centuries in Cork City.

He became a Journeyman plumber at MIT and loved the camaraderie of the outstanding men and women of 32BJ Local 615. His wife, Mariann, who also works at MIT, would go on their daily lunch breaks which both would look forward to.

Denis was a devoted attendee of Saint Catherine of Alexandria Church in Westford and took great comfort in his Catholic faith.  He was intensely proud of his native city Cork and his beloved Northside.  He was a consummate Corkonian, a storyteller, a charmer, a singer . He also took great pride in his children’s Italian heritage.  He loved the culture, the food and his father-in-law Gino, whose homemade wine Denis sampled on more than one occasion.

Along with his wife Mariann and children, Denis is survived by his mother Mary (Daly) Murray, brothers Jim and Denis’ twin, Tim. His sisters, Jennifer and Margorie (Barry). His nephews Padraig, Seamus, Cìan, Liam, Finn, Drew, Teddy, John-John and Aidan. He is also survived by his nieces Kate and Ariana and his great niece Penny. His sisters-in-law Tina (McIsaac), Kate (Murray) along with her mother, Mary Shepherd, Elisa (Staffiere)  and Brothers-in-law, Bob (Staffiere), the late John (McIsaac) and Paddy (Barry). Denis will be missed by his loving basset, Willis and cat Ollie.  Last but not least, his besties, Jimmy, Marc, Jon, Caroline, Vickie, Cris, all of his children's friends and many, many others. We are sure his dad, James, and mother-in-law, Eleanor, were by his side when he entered the gates of heaven.

Family and friends will gather to honor and remember Denis for a period of visitation on Friday June 24, 2022 from 5:00pm until 7:00pm in the Badger Funeral Home, 347 King Street, Littleton. His funeral Mass will be celebrated on Saturday June 25, 2022 at 9:00am in Blessed Trinity Parish- St. Catherine of Alexandria Church, 107 North Main Street, Westford with a half hour of visitation held in the church prior to Mass from 8:30am until 9:00am.

To view the video recording of the funeral, please follow the link below:
https://youtu.be/3CD2NK-AfoU