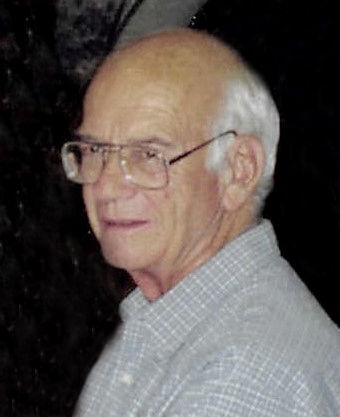 Donald Allen Dent, 85, of West Groton, passed away at his home on Wednesday, January 29, 2020, surrounded by his loving family. He was husband of the late Eleanor Dent.

Born on March 5, 1934 in Gunnison, Colorado, One of six children, Donald was the son of the late Charles and Pearl (Rosenbaum) Dent. He was raised and educated in Gunnison and enlisted in the United States Navy at age 18 with his brother Gene. Donald and Eleanor met while stationed in Fall River and they married on December 6, 1956.

Donald proudly served his country throughout the Korea conflict until 1960. After the Navy, Donald and Eleanor moved to West Groton in 1965 where they made a home and raised a famlly. For most of his life Donald worked in I.T. for Honeywell and Prime Computer. In his spare time Donald enjoyed woodworking and carving. His home is filled with carvings and decorations that he and Eleanor created together. They also loved their yearly escape to Aruba and going for walks outdoors at the nearby Groton bird Sanctuary.

Donald is survived by his children: Shawn W. and his wife Lisa (Burke) Dent of Merrimac, MA, Dorynda Lee and her husband Steve Auth of Pepperell, and the late Tanya Lynn Dent. He is also survived by his brother Gene Dent of Colorado, as well as his Grandchildren, Kyle, Deanna, Dylan, Colby, Tyler and 13 Great grandchildren. In addition to Eleanor and his parents, Donald is predeceased by his siblings, Blanche, Garthy, Vern and Dave.

At the wishes of the family, services for Donald will be private.