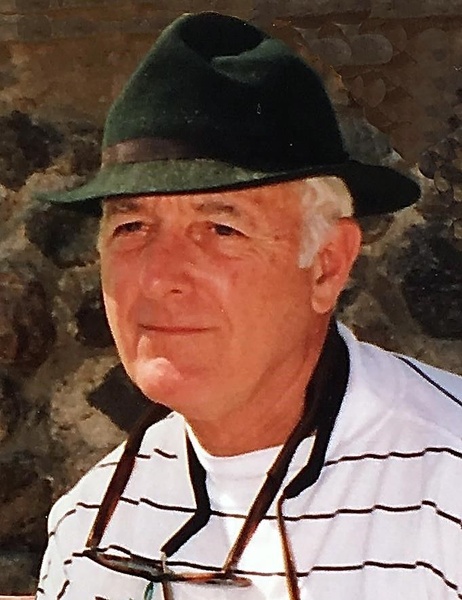 Donald Henry Melloon Jr., husband of Marilyn Melloon (deceased), of 4 Brown Road, Shirley passed away April 6, after a heroic battle with Parkinson's Disease, at age 89. Don was proud to be known as a self-proclaimed Parkinson's Ass-kicker.

He was born on April 3, 1930, son of Dorothy Stevens and Donald Henry Melloon (both deceased). He lived in Concord Massachusetts before attending Norwich University in Norwich, Vermont, where he graduated with a Bachelor's Degree in Biology. Don went on to attend UMASS, Amherst where he received his Masters Degree in Public Health. There he met his wife Marilyn, they married in 1956 and moved to Shirley. Don began working at Nashoba Associated Board of Health as an Environmental Health Sanitarian, where he worked for 40 years until his retirement in 1996. He loved the outdoors and his position at Nashoba allowed him to combine his appreciation for the environment with his knowledge of Public Health.

Don spent his entire life in the outdoors, enjoying every New England season to the fullest. He could be found fishing or in his garden in the warm months, and downhill or cross-country skiing, ice skating or ice fishing in the winter months. His passion for skating and ice hockey inspired him to make skating possible for the people of Shirley, with his generous donation of a skating rink that he made to the town. He spent vacations with his family at his treasured house in Vermont, camping or salmon fishing in Maine. Don shared his love of being a big kid with his daughters Sandra & Susan, and his two nephews, who will have fond memories of those magical times for years and years to come.

Family and friends will gather to honor and remember Donald on Friday, April 12 from 6 to 8 p.m. at the Badger Funeral Home, 45 School St., Groton, his graveside service will be held on Saturday, April 13 at 11:00 am at Shirley Center Cemetery, 41 Brown Road, Shirley.

In lieu of flowers contributions in his memory can be made to:
The Michael J. Fox Foundation for Parkinson's Research
Grand Central Station
PO Box 4777
New York, NY 10163-4777
donations@michaeljfox.org