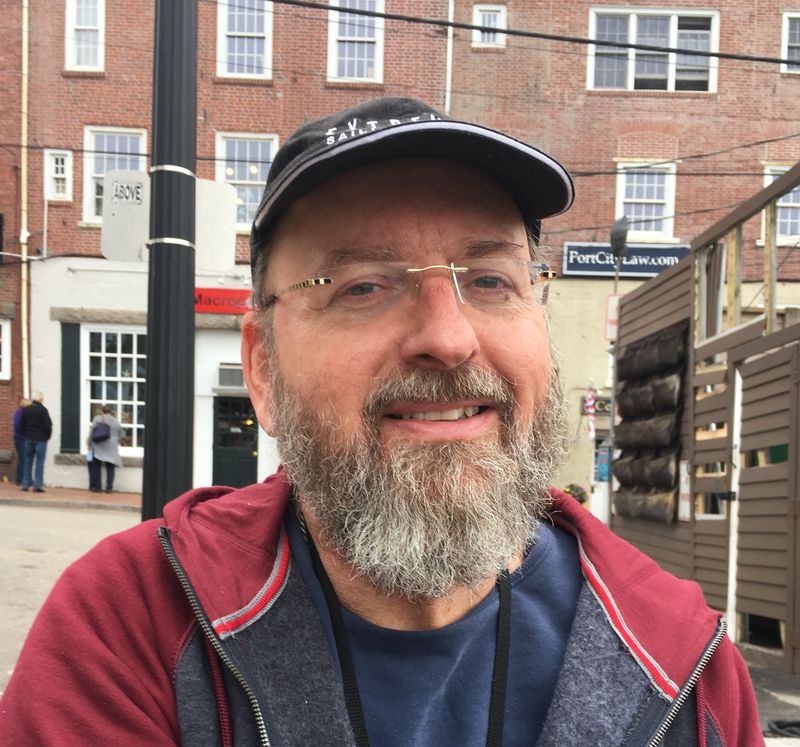 Donald A. Newcombe Jr., 58, of Hudson, known by family and friends as "Zan," passed away suddenly due to a tragic car accident near his home on Thursday, August 17, 2017. He is lovingly survived by his father, Donald A. Newcombe, Sr. of Littleton and Peaks Island, ME and was predeceased by his mother, Judith T. (Tarr) Newcombe.

He was born on January 9, 1959 in Melrose. Zan grew up in Acton but moved to Hudson in 1990. He graduated from Acton-Boxborough High School in 1977 and attended Framingham State College and the University of Massachusetts.

Zan worked as a ﬁnish carpenter and a bookkeeper, employed by SN Construction and Bonica Excavation. Zan always had a love for gardening and landscaping and enjoyed music, photography, art, and raising chickens. He was an avid reader and was proﬁcient at computers. Zan was devoted to his girlfriend, Carrin Culotta of Townsend. They enjoyed spending time together attending concerts, art shows, museums, and vacationing on Peaks Island. They shared a love and appreciation for the beauty in the nature surrounding them and in the music that brought so much joy to them both. Zan was much loved by her three daughters and family as well.

In addition to his father he is survived by his siblings, Beth Newcombe, of South Portland, ME, Carol Daigle and her husband, Philip of Scarborough, ME and Steven Newcombe and his wife, Suzanne of Littleton. He also leaves behind beloved nephews, Jamie Newcombe and Charlie Daigle and nieces, Morgan Daigle and Leah Newcombe. He was predeceased by his beautiful niece, Kelsey Newcombe.

A Celebration of Life Memorial Reception for family and friends will be held on September 16th in the First Parish Church of Stow in the Fellowship Hall, 353 Great Road at 1PM.

In lieu of ﬂowers, please donate in Zan's memory to the Tower Hill Botanical Gardens (towerhillbg.org) or to the Fifth Maine Museum, Peaks Island, ME (ﬁfthmainemuseum.org)