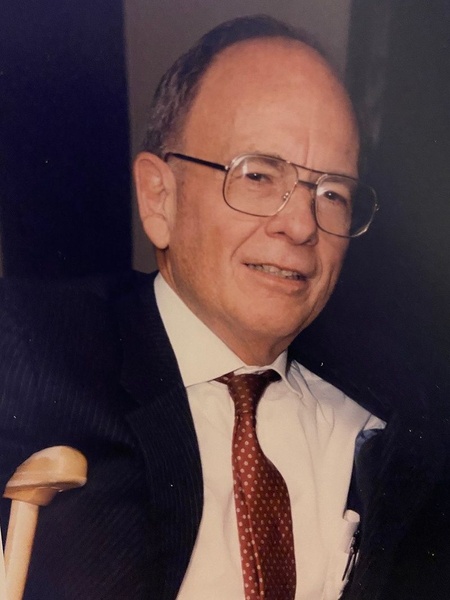 DUE TO COVID CASES INCREASING, THE PERIOD OF VISITATION ON JANUARY 15, 2022 HAS BEEN POSTPONED TO A LATER DATE.


Donald Alexander Newcombe died peacefully on December 6, 2021 in Concord, MA. He was born on June 4, 1928 in Melrose, MA to Alexander Scruton Newcombe and Marion Comey Newcombe. Don is known for his perseverance and ability to problem solve, as he overcame many obstacles in his life. Having survived the polio virus as a young boy, Donald was outfitted with leg braces and crutches by the Shriners Hospital in Springfield, MA at the age of 8, which he used well into his eighties. Don's childhood dream of becoming a famous Red Sox player was thwarted at that time, so instead he studied hard to become a very successful electrical engineer.

Donald graduated from Melrose High School in 1946 then attended Tufts College, graduating in Electrical Engineering in1951. He continued his education, later receiving his Masters Degree and married his lifelong sweetheart, Judith Thelma Tarr, also of Melrose, MA in 1958. Don and Judy enjoyed a long marriage together raising 4 children and 5 grandchildren, traveling and spending time at their summer home on Peaks Island, ME.

After graduating from Tufts in 1951, Don took a job developing radar systems with GTE/Sylvania in MA. He enjoyed a long career of 42 years doing some very challenging and rewarding work until his retirement from GTE as Vice President of Government Contracts in Electrical Engineering. He worked on many important programs that he was extremely proud of. One of which was the design and production of the PRC 90, a lightweight handheld two way transceiver given to air crewmen and soldiers during the Vietnam War which was responsible for saving many lives. The PRC 90s were also used by astronauts to communicate during flight. Don also worked on communication systems for Earth Satellites and Extremely Low Frequency communication systems for submarines, designed to transmit coded orders while submerged anywhere in the northern hemisphere. While working on a 16 month assignment in California, Don was able to take the whole family to live in Palo Alto where they had many fun excursions together. Other work assignments took him to Europe where he and Judy mixed business and pleasure, enjoying many adventures throughout Japan, Italy, Spain, England and France.

Although Donald was very busy with his work, he always found time for his family and grandchildren. Don was an avid sports fan and had many hobbies such as boating, fishing, woodworking and auto mechanics. He could be seen on any given weekend during a typical summer cruising the waves of Casco Bay in his Boston Whaler full of family and friends. He was famous for his lobster bakes on the beach over an open fire and always had a knack for knowing where the clams were. His passion for boating and being on the ocean has been passed down to his children and grandchildren, along with his love of large family gatherings.

A Celebration of Life and interment of ashes will be held at a later date. In lieu of flowers the family suggests donations to Shriners Hospital.