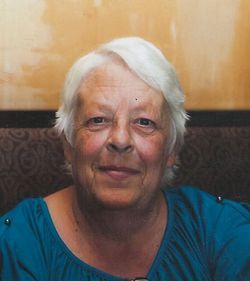 Donna (Corbett) Armstrong, 67, of Littleton, died at Lahey Clinic in Burlington on September 27, 2016. She was born in Arlington on May 23, 1949 daughter of the late George and Evelyn (Nowlin) Corbett. She grew up in Arlington and was a graduate of Arlington High School. After high school she worked for Arthur D. Little in Cambridge. She was married in 1968 and made her home in Arlington before moving to Littleton 37 years ago.

Donna worked as an accountant for Sundance Publishing for 11 years. She loved cross stitching, worked with ancestral research, and gardening. She was also a member of St. Annes Church in Littleton