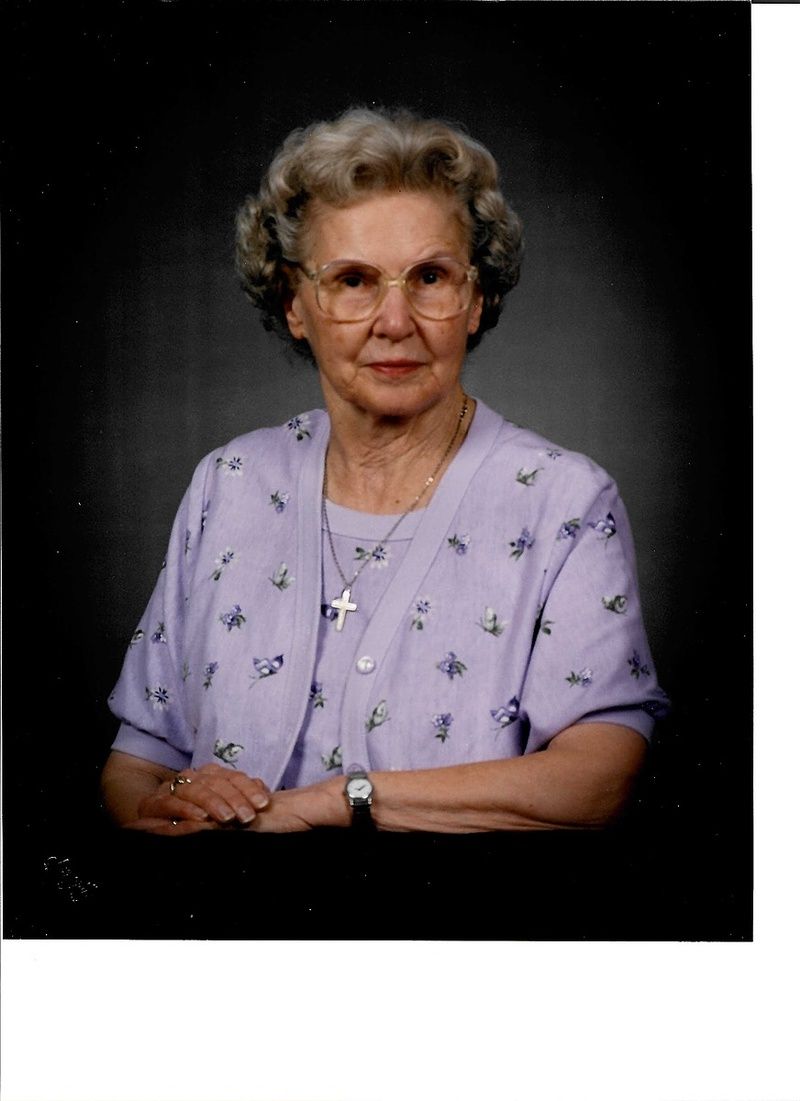 Dorcas Myrtle (Sigmon) Murphy age 98 and long-time resident of Groton passed away peacefully on Monday, October 19, 2020. She was the wife of the late David Enos Murphy, Jr.

Born in Newton, North Carolina on December 18, 1921 she was the daughter of the late John Emmett and Eslie Addie Maybelle Sigmon. Raised and educated in Newton, NC she graduated from Newton High School.

Myrtle and David married on November 24, 1944 and soon settled in Groton where together they raised their loving family. She was a devoted wife and mother and was always loving and supportive of her family's needs. Myrtle was known far and wide for her apple pies, which she served with a cup of coffee to anyone who visited her home.

Myrtle was a faithful member and the oldest member of the Union Congregational Church in Groton, where she was frequently seen both worshipping and volunteering her time to help others. She served on many committees there and the Flower Committee was her favorite.

Family was the center of her life, she cherished the time with her grandchildren and great-grandchildren especially during holidays and family milestones. Myrtle was involved with many civic organizations, such as the Lion's Club, American Legion Auxiliary Women's Club, Groton Grange, and the Rebekahs. She was active at the Senior Center and helped with the Meals on Wheels program. Myrtle loved to sing and was a participant of the Hot Shots and the Groton Community Concert for many years.

She is survived by her children, John E. Murphy of Groton and Dorcas Brule of Littleton, her five grandchildren and seven great-grandchildren. She was predeceased by her son David E. Murphy, III who died in 2008.

Family will gather to honor and remember Myrtle privately in the Groton Cemetery.

Donations in her memory may be made to:
West Groton Christian Union Church
PO Box 223
West Groton, MA 01472