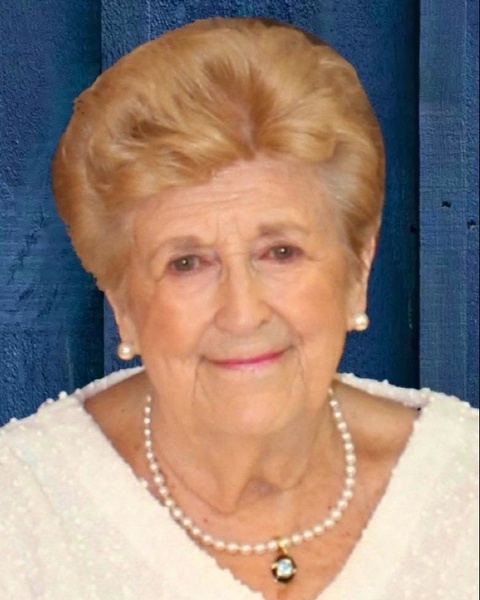 Doris (Gosselin – Wetherbee) Nixon, passed away in Peoria, AZ on October 2, 2022, at the age of 93.   Doris was born in South Boston, MA on September 16, 1929, the daughter of the late Joseph H. and Catherine M. (Cavanaugh) Gosselin.  Raised in South Boston, Doris graduated from South Boston High School, class of 1946.

Starting in the 1930’s, Doris spent summers with her family “up the country” in Littleton, MA in a cottage built by her dad and on the land where Shaker Lane School now stands.  The family permanently moved to Littleton in the Summer of 1946 into another home built by her dad, Henry Gosselin.  Henry built 65 cape cod style homes in Littleton during the 1940’s and 1950’s.  An example of those homes line Russell Street and many of the Capes on Goldsmith Street in Littleton.

Doris married her first husband, Ralph M. Wetherbee, on June 4, 1949, and together they made their home in Littleton.  The family cottage was moved to Fletcher Lane, winterized, added on to and given to the newlyweds as a wedding gift by her parents.  Their marriage was blessed with six children, born between 1950 and 1960.

A woman known for her resilience, Doris went to work after her and Ralph parted ways, taking classes at Katharine Gibbs school in Boston to improve her business skills and advance in the workplace – a difficult task for a single mother in the 1960’s and 1970’s.  During those years, it was not unusual for Doris to work two jobs, in addition to school, to ensure her children were provided for.  Not a push over for wayward teens, Doris was known to take licenses, lock up car keys, and while not often deployed, she was not opposed to a good ear tug, or skillfully tossed shoe, to adjust a bad attitude.

A gifted seamstress, taught as a child by her aunt, Della Gosselin-Finnegan, Doris made most of her clothing in those early years, those of her three daughters and often recovered furniture and made window coverings.  When it came time for weddings, she made not only the bride’s gown, but the dresses for all the women in the wedding party.  Doris started this trend early, when in 1951, at the age of 22, she made the gowns for her sister Edith’s wedding.   She extended this kindness throughout the years to close family and friends.

Doris loved music. In fact, she taught herself piano and often played after dinner when her children were young.  Musical chairs with the kids was a common pastime and when the piano stopped, only the strongest would have a chair.  While she had a catalog of music that she would play from memory, ‘Won’t you come home Bill Baily’, and the ‘Sunny Side of the Street’, were two of her favorites and she played those songs into her 90’s.

Her summer vacations in the late 1960’s and early 1970’s consisted of getting the kids out of bed for a walk to Long lake for a swim, often racing (and beating) groggy teens and pre-teens to the rafts. After the swim, “vacation days” were filled with chores.  Whether directing painting of the exterior of the house, supervising chores inside, or generally doing what she could to keep up the home while utilizing the free labor she gave birth to, getting it done on a dime and on time was her specialty.

Doris married her second husband, Norman Nixon, on November 5, 1977.  They were opposites in their approach to life: Doris was outgoing and moved quickly, while Norman was reserved and had a plan for most decisions.  Doris bought cars on her lunch hour, where Norman would spend hours researching before making any major purchase.  They balanced one another: Norman made Doris more thoughtful in her decisions (or at least he tried), and Doris made Norman, a methodical engineer, lighten up a bit.  After a few years of marriage, a longtime friend of Norman’s told Doris that he had never seen Norman smile so much.  They worked.

In 1991, Doris retired from GTE Sylvania in Needham, MA and in 1993, Doris and Norman moved from Littleton, MA to Inverness, FL into their beautiful new retirement home.

Upon the loss of Norman, in 1997, Doris started traveling the United States and the world. She purchased a motorhome and traveled, mostly alone, to all 48 contiguous states and up into Canada. At one point when entering Canada, an agent asked if she had a weapon in her RV and she answered no. He asked how she protected herself, and with her quick wit, she responded, “I pray”.  People were often amazed that she wasn’t afraid to travel by RV alone.  Upon reflection, she realized that when you survive raising six children alone, in an era when women couldn’t get a mortgage or credit card without a husband, not much else can scare you.  When the RV was parked, Doris traveled the world, she visited 43 countries, some of those accompanied by a grandchild, a gift she would give them for their 16th birthday.  A trip to Arizona, NYC, Central America, Scotland, and an Alaskan Cruise are some examples of time spent with her grandchildren.

In 2004, at the age of 75, Doris moved to Arizona and purchased a beautiful home and added a pool, as not only did she love to swim, but she knew her grandchildren would love it too.  In 2018, at the age of 89, she decided it was time to downsize, sold the house and her car, and moved to an apartment.

Doris was Irish to the core and loved her Irish heritage, always celebrating St. Patrick’s Day – and you better be wearing green.  She was an avid reader and loved the challenge of newspaper crosswords – both of which strengthened her remarkable memory and ability to adapt to the changing times.  A writer, often journaling throughout her life, a seamstress, a great cook, a Red Sox fan, and her most important accomplishment, a remarkable mother to six very fortunate children.  Above all, Doris had a beautiful and peaceful soul, and loved God, life, and her family.

If needed, Doris was there.  In 2004, when her first husband Ralph Sr., was ill, he asked if she was coming to see him.  Once she got that message, she indicated she had felt that he was waiting for her, flew across country that day and arrived at his bedside at 2 am.  They held hands, each expressed their love, and Ralph died that morning.  Forgiveness was something her faith taught her, and she practiced it throughout her life.   She did not dwell on the past, she held the good memories close and let the bad go.

Good night, Mom, see you in the morning, “with the help of God” was always the response.  Mom, until we meet again, may you rest in the well-deserved peace of God.

“Life is like a shifting of the sands, with a quick wind, it changes forever”, “Be kind, it just feels nicer than being unkind” and “We all have everything we need inside of us; all we have to do is search it out”.  A bit of the wisdom she imparted over the years.  How true.