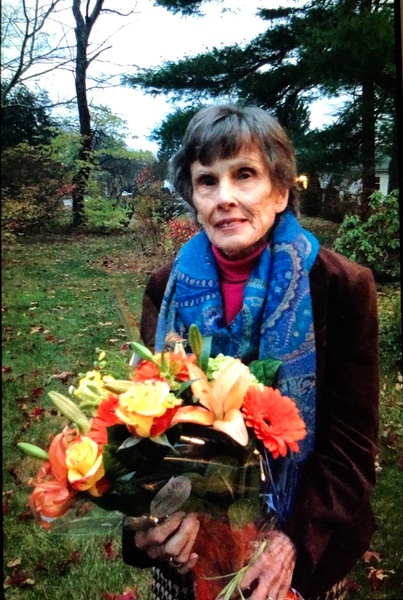 Dorothea (Condon) Chase age 95 of Littleton, MA, peacefully passed away on Thursday, April 9, 2020. She was the wife of the late William Chase who died in 1999.

Born in Newburyport on November 28, 1924, she was the daughter of the late Freeman J. and Pauline (Cashman) Condon. Raised and educated in Newburyport, she graduated from Newburyport High School. She attended Trinity College (Washington D.C.) and earned a graduate degree from Boston University. She also proudly served her country in the Naval Reserve in the 1950's.

Dotty worked at John Hancock, was a teacher in Bolton and worked at Raytheon where she met her husband Bill. They married in 1956. A long-time resident of Littleton, Dorothea was an active and faithful parishioner of St. Anne Parish; she also worked as the church secretary for years and participated in many church activities. During her spare time she was active in many organizations including Girl Scouts, Meals on Wheels and Habitat for Humanity. Dotty always had a smile on her face. She loved to bake and was known for her delicious cookies and squares. She will be missed by many.

She is survived by her daughters, Mary Chase of Littleton, Margaret Pinchbeck (Dave) of Windham, Maine and Pauline Shire (Bob Prior) of Amherst, New Hampshire. She leaves her dear granddaughter Dorothea Kristine. She was sadly predeceased by her sisters Pauline Condon and Catherine Conley and her brother Freeman Condon. She also leaves many nieces and nephews.

Donations in her memory may be made to:
St. Anne Parish Building Fund,
75 King Street,
Littleton, MA 01460.
or
The Friends of the LCOA (Littleton Council on Aging)
c/o Treasurer
Box 134
Littleton, MA. 01460.