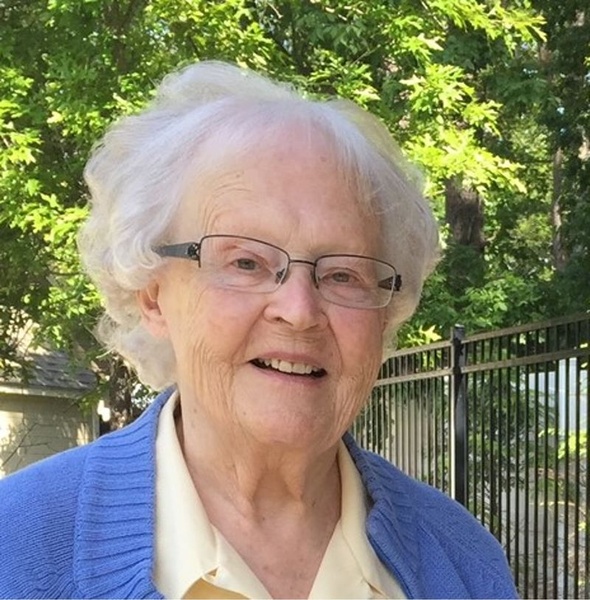 Dorothy "Dottie" Matson Swanson, age 89, passed on May 13th at Bridges Memory Care Residence in Westford, where she had lived for the past three years.

Dottie was born in Worcester and attended North High School and Massachusetts College of Art in Boston. She married her North High classmate, Thomas Stephen "Steve" Swift, in 1954 and gave birth to daughters Holly (1956) and Andrea (1959) before Steve succumbed to a premature death in 1964. Dottie worked for a few years as an administrator at Trinity Lutheran Church in Worcester, a large Swedish-American parish which was central to her family and social life. She remarried in 1967 to Charles Otto "Bud" Swanson II, and gave birth to a son, Charles Otto III, in 1969.

The family moved to Westford in 1972, and Dottie began a period of active community engagement. She was involved in the League of Women Voters, a leader of
the Westford Garden Club, and notably active as Trustee of the J.V. Fletcher Library in Westford from 1977-1991 and as Board Chair in 1980-81. During Dottie's tenure as Trustee, the Board: hired a new Library Director; joined a network and became automated; won a state construction grant to expand and renovate the historic library building on the Westford Common; and created and endowed new Trust Funds. Dottie also served as a Trustee Liaison, and an officer on, the Board of the Friends of the J. V. Fletcher Library.

Dottie contributed a significant period of her later life to volunteering with Emerson Hospital in Concord, where she logged a total of 5,640 hours between 1993 and 2016. At Emerson, Dottie helped out in transport, gave tours to new employees and greeted visitors at the front desk. Dottie also served on the Emerson Auxiliary Board from 2011-2017.

Dottie's family and friends will remember her sweet nature, her love of reading and gardening, her devotion to her grandchildren, and her extensive travel throughout the world with her husband, Bud. She is survived by her sister, Nancy Matson of Uxbridge, her daughters Holly Perry of Royalston and Andrea Honore of Princeton, New Jersey, and her son, Chuck Swanson of Westford, as well as six grandchildren and five great-grandchildren.

The family suggests that donations in her memory be directed to:
J.V. Fletcher Library
50 Main Street
Westford, MA 01886