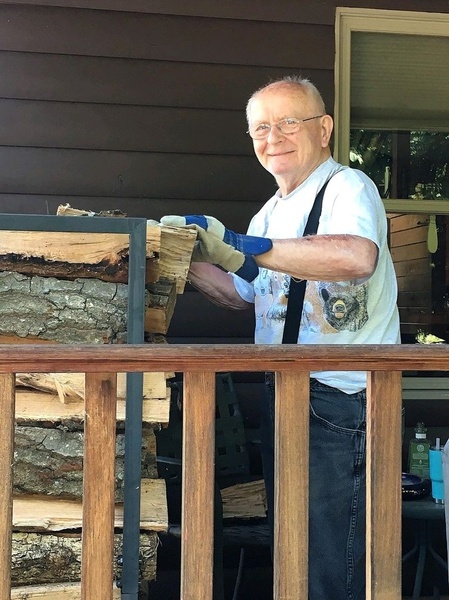 To View Earl's Funeral Service Remotely, Please Click on the Link Below on Monday January 4. 2020 at 10:00 AM.

Earl Francis Banks, born August 31, 1934, son of Margaret and Percy Banks, passed away peacefully on Wednesday December 30, 2020. Earl was a lifelong resident of Littleton, Massachusetts. He resided at Fairhaven Healthcare Center in Lowell, since June, where he was cared for in the Alzheimer's unit. Earl had been diagnosed with Alzheimer's just over four years ago.

Earl was a graduate of Lowell Trade High School and opened Earl's Texaco in Littleton in 1959, which continues to operate as Banks Automotive. From an early age, Earl was very involved in Boy Scouts. He went on to become a Scout Leader for many years. He attended World and National Boy Scout Jamborees as a Scout Master and on Staff. He received multiple awards, Boy Scout of the year in 1949, the Silver Beaver Award and the William H. Spurgeon Exploring Award were among the most distinguished. He founded and was advisor for the Littleton Post 1 in the early 1980s, and was the curator of the Scouting Spirit Museum.

Earl is survived by his wife of 63 years, Ellen as well as his children; Kenneth Banks (Denise) of Littleton, Dwayne Banks of Littleton, Cynthia Robinson (Dana) of Hudson NH, and Patrice O'Malley (Michael) of Littleton. Earl is further survived by his grandchildren; Christopher Banks, Kyle Banks, Brianna Robinson Anthony (Kyle), Cory Robinson (Sarah) and Kelly O'Malley as well as a Great-Granddaughter born the day before he passed, Eliana Rose Anthony. Earl will also be loving remembered by his brothers; Robert Banks of Connecticut, David Banks of Maine and John Banks of Connecticut and many cousins, nieces and nephews and long-time close friends.

Family and friends will gather to honor and remember Earl for a period of visitation on Sunday January 3, 2021, from 2:00 pm-5:00 pm in the Badger Funeral Home, 347 King Street, Littleton. Please adhere to social distancing guidelines. A funeral service and burial will be held privately for family only.