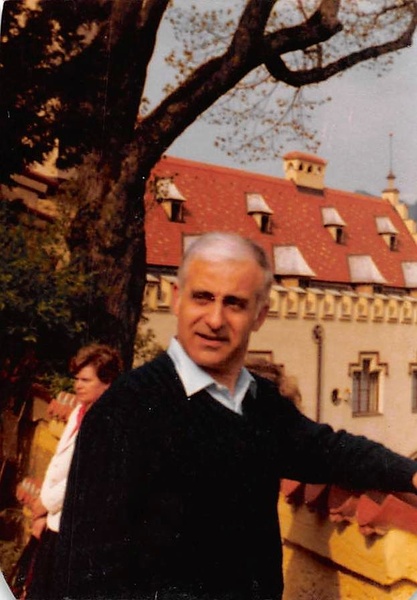 Edward Arsen Nargizian age 92 of Littleton passed away on Monday, July 23, 2018 at Rivercrest Long Term Care Facility in Concord. He was the beloved husband of Patricia Ann (Gilbert) Nargizian.

Ed was born in Brooklyn, NY on March 30, 1926, a son to the late Vahan and Asdhig (Dalalian) Nargizian. He went on to honorably serve his country in the US Army during WWII and at the Battle of the Bulge. There was never a shortage of stories shared by Ed about his involvement with opposing army attacks, which would have Ed on his stomach crawling through the mud to safety. He attended George Washington University and obtained his bachelor's degree in economics, which he would later utilize in a career as a stockbroker and economist for the Boston Company. Shortly after college he met Patricia, the love of his life. The couple married on October 16, 1965 and thus began a love story that would span over half a century.

Ed was an avid reader and lifelong learner. He wrote a book on economics, "The Art of Lifetime Speculation: Strategic Asset Allocation." He was also a past master of the Doric Masonic Lodge #53 in Hempstead, NY.

In addition to his wife, Ed is survived by his sister in-law Joan and her husband, Alan Sarath as well as his nieces; Faith Stewart, Diane Whitworth, Pauline Dixon and Joyce Kazanjian.

Family and friends will gather to honor and remember Edward for a memorial service on Saturday, August 4, 2018 at 2:00 pm at the Badger Funeral Home, 347 King St., Littleton. U.S. Army Military Honors will follow in the funeral home.

In lieu of flowers, memorial contributions may be made to New England Deaconess Association, 80 Deaconess Road, Concord, MA 01742.