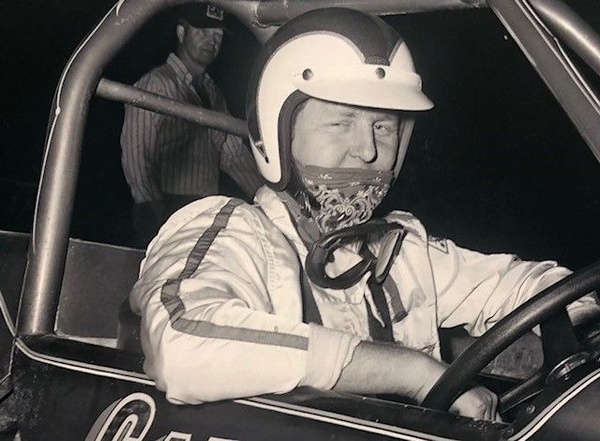 Edward Everett West, age 79, lifelong resident of Dunstable, MA crossed his final finish line this past Wednesday evening April 15, 2020 when he passed away at his home.

Born in Ayer, MA on January 7, 1941, Edward was the son of the late Edward Sr. and Julia (Steinholtz) West. Edward was the middle of three children. He graduated from Lowell High School in 1958.

He was fast paced and always on the go, right up until the end of his life. He was beloved and admired by anyone that came in contact with him, and he was recognized everywhere he went across the country to the delight of his grandchildren. A talented super modified race car driver, he won more New England Super Modified Championships than any other driver in history and was inducted into the New England Auto Racing Hall of Fame in 1999. Most recently, he was an honoree at the North East Motor Sports Museum Legends Day in 2019 in Loudon, NH.

A skilled mechanic, he owned and operated West Auto Repair for over 40 years. He served his community and leaves behind many lifelong friends. Edward's greatest joy in life was his family. He never missed an event that involved his grandchildren, which included games, recitals, concerts, and many performances. His eyes lit up when speaking about his cherished grandchildren. Often referred to as the mayor of Dunstable, friends and customers from near and far would spend hours in his office receiving counseling in many areas of life, especially nutrition.

Edward is survived by his two children: Brian and wife Jennifer (Doviak) West of Dunstable and their two children, Sophia and Emma; as well as Jodi and husband David Daron of Londonderry and their five children, Casey, Grady, Killian, Sullivan and Finnegan. He is also survived by his brother Harold and his wife Lorraine (Crooker) West of Dunstable. Along with his parents, Edward is predeceased by his sister Sharon West-Knight.

Edward will be laid to rest privately at Central Cemetery in Dunstable on Tuesday, April 21st at 10AM. A celebration of his life will be held at a later date when the COVID-19 pandemic has ended. To attend Ed's service on April 21st remotely, please follow the link: http://client.tribucast.com/tcid/36617032

The family would like to express our deepest appreciation to some very special people who have helped us over the years in caring for Ed in numerous ways. The family cannot thank enough Sarah, Frank and Harold for their undevoted love and support for Ed and his family.