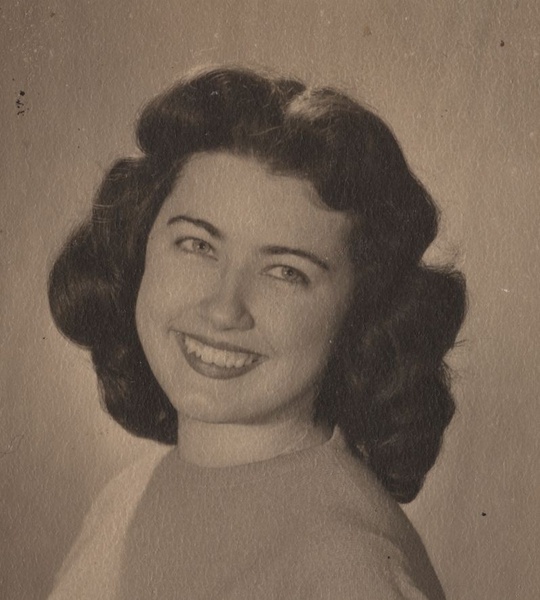 Elaine (Skolfield) Kronlund, loyal wife, protective mother and grandmother, dedicated music teacher, devout Catholic and patriotic citizen, passed into God's arms on April 7. She died at age 87 from complications of having a stroke.

She was predeceased by her husband of 64 years, Kenneth H. Kronlund Sr., her parents Herb and Elaine (Lonergan) Skolfield, her sister Diane Wildey, and her daughter Cheryl Flynn. Elaine is survived by her son Kenneth Jr. and his wife Susan (Desrochers) along with their sons Eric, Lucas and Jared; her son Craig and his wife Beth (Ganse) along with their sons, Benjamin, Zachary, and Daniel; her daughter Lisa K. Condit and her daughter Annika; as well as by Cheryl's husband Robert and their children Brice, Evan, and Moira Flynn. Elaine often said her children and grandchildren were her greatest achievements and she delighted most in family gatherings and trips.

Born and raised in Hollywood, California, Elaine studied piano since the age of four. While God, family and country were her battle cries throughout life, music was her inspiration. The roots of patriotism began with her participation in the Schools at War Program in the Los Angeles School District and Elaine's commitment to civic duty extended into her last days as she exercised her right to vote in even the most recent elections. After graduating from Hollywood High, the talented pianist continued preparing herself for the concert stage as a music major at Los Angeles City College.

Elaine often described her biggest adventure beginning the day she married Lt. Kenneth H. Kronlund in Tucson, Arizona on February 4, 1953. From that time on, she fully committed herself to supporting him in his career and raising their family. Their travels took them across the country with stops in Texas, Florida, California and Colorado until Massachusetts became home base for their family, horses and dogs. As the matriarch of the Kronlund Family, she was always generous with her time and talent to help benefit worthy causes related to veteran's affairs, character development and promoting good citizenship. She and her late husband took great joy in playing Santa and Mrs. Claus while delivering token gifts to patients at VA hospitals during different chapters of their lives together.

Proud of her family's heritage, she was honored to become a member of the Rodeo de Las Aguas Chapter of the Daughters of the American Revolution in Beverly Hills, California. Elaine went on to join and then become regent of the Colonel John Robinson Chapter in Westford, MA before transferring to the Boston Tea Party Chapter where she also became regent and chaired the DAR Good Citizens Committee. She also served on the Resolutions Committee and was part of the National Vice Chairman's Club, National Society Daughters of the American Revolution. As a result of her background, tireless research and enthusiasm, Elaine was selected to present programs about current events in national defense to local, regional and national audiences of women in the 1980s.
Her extensive volunteer activities included seven years as a Girl Scout Leader for the Wagon Wheel Council while the family was stationed at the Air Force Academy in Colorado Springs. Elaine was a vocal member of the Westford Town Republican Committee and served as President of the Massachusetts Federation of Republican Women.

She continued to volunteer her time and talent as an accompanist for The Skylarks, a choral group of the Air Force Officers' Wives' Club after the family was transferred to Massachusetts. Elaine brought joy to many when she played an annual selection of Christmas carols while visiting nursing homes and VA hospitals around the holidays. She was also proud of her affiliations with the Mayflower Society, the National Society Daughters of Colonial Wars, Boston University Women's Club, Concord Area Music Association, New England Piano Teacher's Association and National Society of New England Women.
She enjoyed collecting dolls and antiques, appreciated artistic excellence, valued creativity and loved attending cultural and theatrical events. Elaine's attention to detail and festive flair made every birthday, holiday and celebration a special occasion. An accomplished knitter and seamstress, she created masterpieces of all kinds. As a member of the Officer's Wives Club and West Point Wives Club, Elaine was asked to both model and sew some of her designs at numerous fashion shows to benefit servicemen and veterans from California to Massachusetts.

It was the opportunity to share her love of music with others, and especially her ability to teach and inspire generations of pianists, that brought her great fulfillment. She launched Piano Masters, a private music education company specializing in classical music and performance education for beginner, intermediate and advanced students at a time in her life when most people would plan to retire. Instead she touched the lives of hundreds of students and took great joy in presenting biannual student recitals at the Lawrence Academy Fine Arts Center.

Elaine found comfort in her faith and made many close friends during her involvement with the Good Shepherd Prayer Community at St. Rita's in Lowell, MA and as an active parishioner, CCD teacher and member of the choir at St. Mary's in Chelmsford. She also attended mass regularly at St. Catherine's in Westford, St. John the Evangelist Church in Chelmsford and St. Joseph the Worker Shrine in Lowell during her 46 years in Westford.

A funeral mass will be celebrated on Friday, June 26, 2020 at 1:30pm in the Cadet Chapel, with interment along with her husband to follow in the West Point Cemetery. Elaine's love for the performing arts will live on through the gift of her Steinway baby grand piano to The Hanover Theatre and Conservatory for the Performing Arts. Her gift will fill the newest studio with beautiful music to accompany dance classes while also providing an instrument for instruction. In lieu of flowers, her family encourages contributions in her name to the Access to the Arts Fund to help ignite creativity and inspire confidence through the performing arts.

An Afternoon Tea will be held in her honor later in 2020.