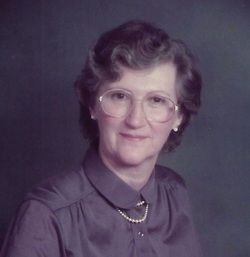 Eleanor Beaudette (Brocklebank), 87, died Sunday January 15, 2017 peacefully in her home. She was the wife of Joseph Beaudette who preceded her in death in 2004.

She was born in Hollis NH on August 28, 1929 the daughter of Daniel Brocklebank and Viola Smith Hoft. Ellie spent her early life in Hollis, NH and was a graduate of Hollis High School in 1947. She also graduated from University of New Hampshire, Class of 1951.

She worked several years teaching high school Home Economics. After her marriage, she spent her time raising her family in Lincoln and Acton, MA

A resident of Stow, MA since 1989, she enjoyed swimming, reading, working on her genealogy, and she also enjoyed her work at the Stow Town Library, Stow Town Clerks office and with the Stow Council on Aging.

A funeral service will be held 10:00 a.m., Wednesday, January 18 at the Church of Jesus Christ of Latter Day Saints in Littleton, MA.