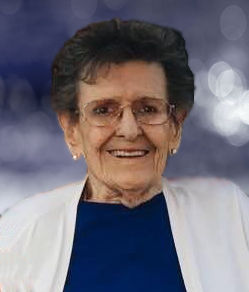 Eleanor M. "Ellie" (Almeida) Walsh, age 90, of Littleton passed away peacefully on Saturday, February 24, 2018 at Life Care Center of Nashoba Valley surrounded by her loving family. She was the wife of the late Henry E. "Eddie" Walsh who died in 1980.

Ellie was born in Cambridge on May 31, 1927, the daughter of the late John and Mary (Frias) Almeida. She was raised in Cambridge, later moved to Somerville, and graduated from Cambridge High and Latin. On October 4, 1946, Ellie married Eddie at St. Agnes Church in Arlington. They began their life together in Arlington and in 1960 settled in Littleton to raise their growing family.

Ellie was a devoted wife and mother. She also worked for many years as a receptionist for several mental health related establishments until her retirement. Throughout her life Ellie devoted many hours counseling and supporting people who struggled with substance abuse issues. Her tireless efforts were instrumental in helping many break free from the cycle of addiction.

The center of Ellie's life was her family and she cherished the time spent with her children, grandchildren and great-grandchildren. She was an avid Red Sox fan – family gatherings had to be planned around game times. She loved reading the Sports section of The Boston Globe, doing crossword puzzles and beating anyone who dared engage her in a game of Scrabble. Ellie also enjoyed many years of road trips to NY to visit the Tiberia family. She spent many post-retirement years traveling near and far with her dear friend, Camille.

Family and friends will gather to honor and remember Ellie for visiting hours on Thursday, March 1 from 5-8 pm in the Badger Funeral Home, 347 King St., Littleton. Her funeral mass will be celebrated on Friday, March 2nd at 10:00 am in St. Anne's Church, 75 King Street, Littleton. Burial will follow at Westlawn Cemetery in Littleton.