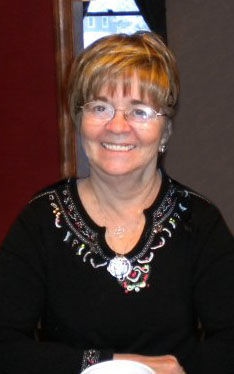 Elizabeth (Betty) Jenczyk, 76, passed away peacefully on March 22, 2018 after a long fight with Parkinson's Disease. Betty is survived by three of her children, William (53), Karen (39) and Gregg (38 and passing Karen in two years). Her son Dan was paralyzed in an automobile accident in 1985, passed away in 1999. Betty is also survived by seven grandchildren and one great grandchild as well as a sister (Jeanne) and five brothers (Robert, Martin, Daniel, John, and Thomas). Betty loved word games, visiting with her children, grandchildren and friends and will be missed by all who knew her.

Betty was born in 1942 in Cambridge, Massachusetts to Robert and Lena (Arsenault) Kelly, as the second of seven children. Betty's family later moved to Tyngsboro. After graduating from Lowell High School she married William (Bill) Jenczyk and began a family. They lived in Medford for several years before relocating to Wilmington, Massachusetts in 1968. In Wilmington Betty made several life long friends who enjoyed dining and playing cards together. The family relocated to Littleton, MA in 1975 which remained her home for the rest of her life.

In 1980 the family was enlarged by the addition of Gregg Jenczyk, who was the first baby born in Littleton that year, providing the family with free diaper service, several gifts and also a living toy for Karen to play with. In 1985 Betty gained her first daughter-in-law, Susan Jenczyk (ne Gilmore) of Stow Massachusetts, who married her oldest son, Billy.

1985 also brought tragedy when Dan Jenczyk was nearly killed in a car accident. Dan was left paralyzed and on a respirator. Betty was instrumental in getting Dan the care that he needed, and in 1990 Dan moved back home, along with Bill and Susan who moved in to help in his care. Dan survived until 1999 largely due to Betty's hard work and care. Dan, although profoundly disabled, enjoyed his life and had a great sense of humor. He loved making people uncomfortable by playing up his injury.

In 1992 she gained her only son-in-law when Karen married Matthew Gallo of Littleton. Matt and Karen provided Betty not only with two of her six granddaughters, Tiana and Jaclyn, but also her only great granddaughter, Vivianne. Vivianne brought a lot of joy and smiles in Betty's later years, as well as being the 3rd generation to honor her by using Elizabeth as their middle name.

Her youngest son, Gregg, married Danielle Andrew in 2007 and in 2008 provided Betty with her last granddaughter, Vala. Betty loved to find unique gifts for Vala and her parents and spent as much time with them as she could.

Betty's battle was long and difficult, but she was able to experience much enjoyment in visiting with family and friends to play Scrabble, Rummikub and finally Yahtzee. She was a tough competitor at each game. Betty had a love of crossword, logic & word puzzles that she inherited from her mother and passed on to her children.

Betty's work life consisted of working as a legal secretary and later as a medical transcriptionist at Acton Medical Associates. Betty made many good friends in each job, and they were faithful in visiting her in her final illness.

Betty was tremendously proud of all of her children and grandchildren

Family and friends will gather to honor and remember Betty on Saturday, April 7, 2018 at 11:00 am in the Leominster Church of Christ, 592 West St. Leominster Massachusetts.

Donations may be made in her name to:
Massachusetts chapter of the American Parkinson's Disease Association
72 E. Concord Street
Boston, MA 02118
www.apdaparkinson.org