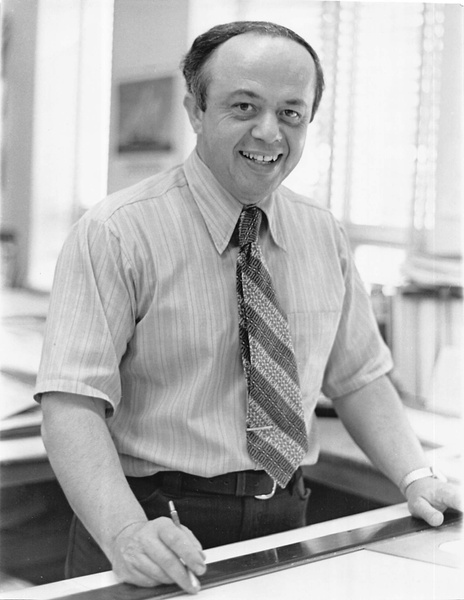 Emmanuel J. Rempelakis, well known as Manny to many, died peacefully surrounded by his family on August 10, 2022 at Lahey Hospital, Burlington, MA.  He was 97 years old.  Manny lived a full and active life practicing his passion for architecture until retiring at the age of 95 because his family wanted to limit his exposure to the Covid virus.
Manny was born on June 23, 1925 in Sitia Crete to John Rempelakis and his wife Mary (Papantonakis).  He immigrated as a toddler, with his parents, to Boston Massachusetts not speaking a word of English until his school years. Two siblings were born soon after consecutively named Kalliope and Stathis Rempelakis.
Manny prospered in academia at Boston Latin School and, after serving two years with the army in the European Theater of Operations and earning a Purple Heart at the Battle of the Bulge, he attended Harvard University and Harvard Graduate School of Design. Manny met a young Boston City Hospital nurse named Eve Proto and the two were married in Boston on November 2,1952. They moved to Houston, Texas where they lived and worked for their first nine years.  They had three of their four children and upon returning to Boston, Manny became a partner at the firm of Edward J. Tedesco Associates until 1984. He then became sole proprietor of his own very successful firm as many of the buildings in his surrounding area and school buildings in southeastern Mass. can attest to his remarkable talent and popularity. Manny and his family lived in Concord, Massachusetts and once the children were grown he moved with Eve to Littleton, MA.
Manny’s hobbies included a love of travel especially to his homeland, building rock walls, puttering around the yard, designing sculptures, cooking, playing scrabble, completing crossword puzzles and storytelling to his grandchildren. They too became his passion along with the great grandchildren. It seemed his creative mind and loving heart were never still. Manny was also extremely charitable, contributing to any charity he found in his mailbox.
Manny is survived by his son and daughter-in-law John and Lynne Rempelakis of Haverhill, MA; his daughter and son-in-law Amy and Scott Davis of Natick, MA; his daughter and son-in-law Julia and John Abruzzese of Littleton, MA.; his son and daughter-in-law Peter Rempelakis and Merle Perkins of Rosindale, MA. He is survived by his grandchildren and their spouses: Katie and Karl Kuykendall of Groton, MA; Emily and Eric Wallace of Ayer, MA; Jennifer and Stephen Howley of Littleton, MA; Lianne and Rohan Providence of Turners Falls, MA; Jessica Rempelakis of Manchester, NH; Cyrus Perkins of Rosindale, MA; and Lisa Davis, Andrea Davis and Evan Davis of Natick, MA.  Manny’s great grandchildren include: Thomas, Michael, Jonathan, Liliana and Kaniya.