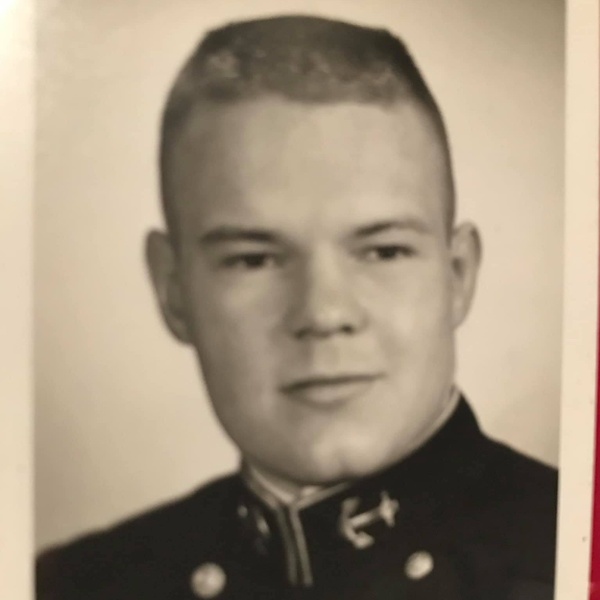 Eric Allan Turner, age 80, of Littleton passed away in his home on June 20, 2022. He was born in Boston, Massachusetts to the parents of the late Tage T. Turner and Madelyn Rawley Turner. He is survived by his devoted wife of more than 50 years, Constance June Ellis Turner, his son Matthew Andrew Turner and daughters, Sherri Lynne Turner, Holli Jean Turner Murray, and Gretchen Paige Turner; five granddaughters, Marley, Reagan, Corinne, Skylar and Brooke; his sister Kim Irene Teems of Georgia and pre-deceased sister, Glennys Douglas, and numerous nieces, nephews and other relatives.
Eric graduated from Scituate High School where he competed in football and wrestling.  He then went on to attend the U.S. Naval Academy and graduated in 1963. From there he attended Nuclear Power School in upstate New York and served in the Vietnam War and then on the USS Wright. He was married on February 25, 1967 to his high school sweetheart.   He then attended Tufts University where he earned his Master’s degree in Education. Eric taught mathematics at Reading Memorial and Littleton High School for over 34 years in total. While teaching he also coached soccer and wrestling. Eric organized the Massachusetts Interscholastic Wrestling Officials Association. He took pride in drawing up a constitution for the association, and organizing, training, and running the day-to-day operations of this respected organization. He served as the Secretary, Treasurer and President of the MIWOA. Without Eric's vision and determination, our state officials would not be where they are today. Eric was inducted into the National Wrestling Hall of Fame - Massachusetts chapter in 2008 for all his contributions to the sport of wrestling. Eric loved coaching and watching sports, especially his nephew, Scott Caldwell, who plays professional soccer. He also enjoyed doing all types of puzzles, writing letters, playing bingo at Foxwoods, taking short trips, meeting up with other retired teachers, and exploring his Swedish heritage. (Especially his connection to his exchange student Magnus, whom he shared a close bond with.)
In his retirement years he thoroughly enjoyed volunteering at the Littleton Council on Aging where he would call Bingo, pass out scratch tickets as prizes and make others laugh with his sense of humor.
Family and friends will gather to honor and remember Eric for a period of memorial visitation on Tuesday June 28, 2022 from 4:00pm until 6:00pm in the Badger Funeral Home, 347 King Street, Littleton followed by a reception at 6:00pm at the Congregational Church of Littleton, 330 King Street Littleton.
In lieu of flowers we know Eric would appreciate any donations to the Littleton Council on Aging. If you wish to contribute to this fund, please send donations to:
The Friends of the LCOA, c/o Treasurer
Box 134
Littleton, MA 01460
Funding is used for senior programs and to fill Outreach requests.
Make a donation to FRIENDS OF THE LITTLETON COUNCIL ON AGING INC in memory of Eric A. Turner
​